Under the law, a person can't be qualif­ied as member of nation­al or provin­cial assemb­lies if they're not Sadiq,...
By News Desk
Published: July 28, 2017
Tweet Email 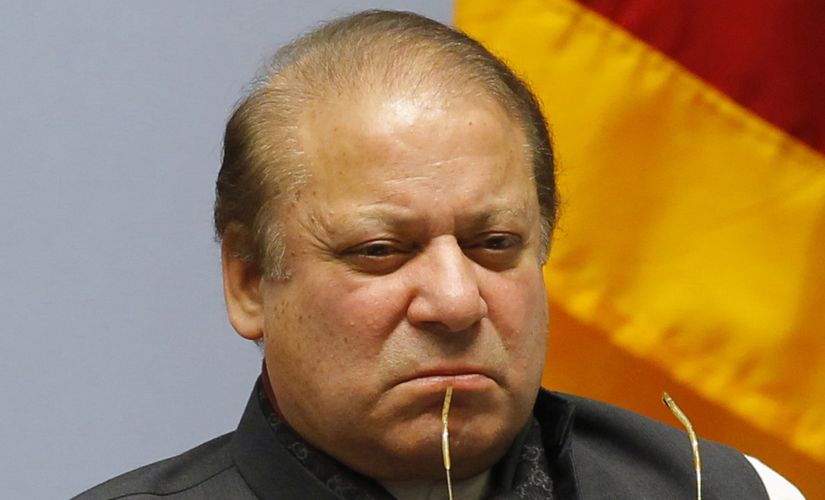 The 7,000-plus-word verdict of the Supreme Court issued on Friday disqualifying Prime Minister Nawaz Sharif all comes down to this part of the judgement:

“It has not been denied that respondent No. 1 being Chairman of the Board of Capital FZE was entitled to salary, therefore, the statement that he did not withdraw the salary would not prevent the un-withdrawn salary from being receivable, hence an asset. When the un-withdrawn salary as being receivable is an asset it was required to be disclosed by respondent No. 1 in his nomination papers for the Elections of 2013 in terms of Section 12(2)(f) of the ROPA. Where respondent No. 1 did not disclose his aforesaid assets, it would amount to furnishing a false declaration on solemn affirmation in violation of the law mentioned above, therefore, he is not honest in terms of Section 99(1)(f) of the ROPA and Article 62(1)(f) of the Constitution of the Islamic Republic of Pakistan.” 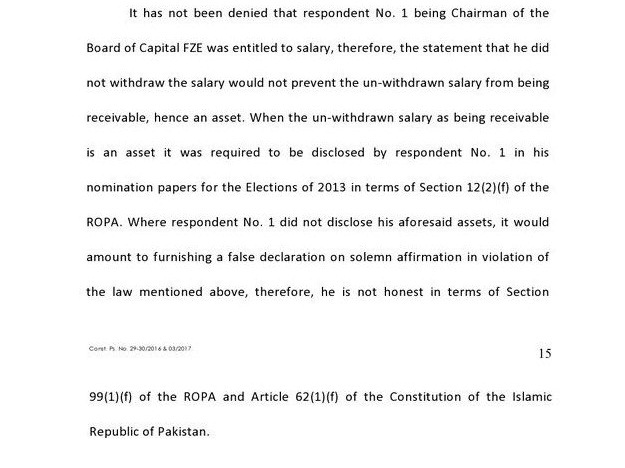 Under Article 62(1)(f) of the Constitution, a person cannot be qualified as member of the national or provincial legislatures, if he is not ‘Sadiq and Ameen’ – truthful and trustworthy.

A brainchild of former military dictator General Ziaul Haq, the removal of Article 62, 63 from the Constitution during the drafting of 18th Amendment was opposed by none other than the Pakistan Muslim League-Nawaz (PML-N) itself. Nawaz has become the first prime minister to have been disqualified under this law.

Two years ago, Justice Khosa in Ishaq Khan Khakwani case had described the words ‘Sadiq’ and ‘Ameen’ as obscure and impracticable and had also talked about ‘nightmares of interpretation and application that they involved’.

Justice Khosa had said that some provisions of Article 62 of the Constitution certainly contained strong moral overtones but those provisions introduced into the Constitution by General Ziaul Haq had not been undone by the popularly elected parliaments in the last many decades.

He said as long as the said provisions were a part of the Constitution, the courts are obliged not only to decide matters according to the same but also to enforce them whenever called upon to do so.

The judge added that one must not forget that the so-called moral provisions of Articles 62 and 63 of the Constitution were meant to be enforced even against those who claim to have popular support or who have already demonstrated their popular endorsement.

The articles, in their original form, did not require a legislator to be ‘Sadiq’ and ‘Ameen’. Later, in the tenure of Zia, the terms were included in the articles.