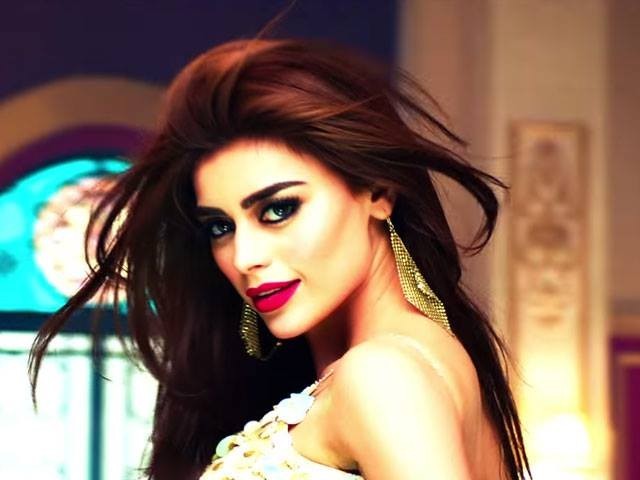 The much-anticipated item number Kaif O Suroor is out and what an epic fail!

Instead of being innovative for once, Sadaf Kanwal’s latest rendering squeals of Katrina Kaif’s MashAllah song. Notice I said ‘squeals’ because watching Sadaf perform is like witnessing an atrocious pantomime – one you can’t wait to leave – or maybe one you’d pay not to see!

Makeup that reminds us of certain characters from Thundercats, Sadaf doesn’t even look close to the magnetic diva she is on print photoshoots. But at least the Thundercats were entertaining and adorably inspiring! Sadaf, to say the least, looks like a programmed expressionless robot with gaping overdone eyes no one wants to drown in!

It takes spunk to create a magnetic field that grabs onlookers’ attention in a positive fashion, not over-elaborate garb and a ridiculously vivid fuchsia pout. And dance isn’t all about following steps mechanically, it’s about facial expressions and ‘dancing with your face’ as well. 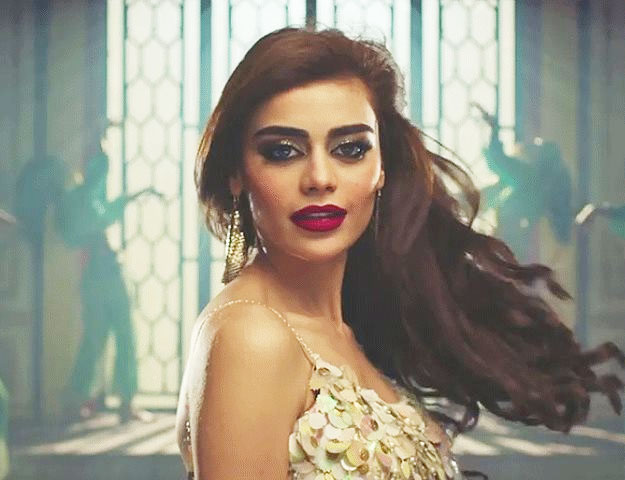 One thing she needs to learn and absorb: Baring your toned midriff and prancing around exhibiting your lower back tattoo doesn’t cut it. I actually like what she’s wearing because it totally fits the song BUT what a waste of wardrobe and makeup (no, seriously, that eye-makeup game was so strong, it blinded us uncomfortably)!

I get you’re going for an Arabic theme and borrowing bits from belly dancing, but at least nail what you’re stealing!

We got to give it to Mehwish Hayat for nailing her item numbers (especially Billi) with flair. Maybe she should teach her peers a thing or two about expressions, energy and emitting rejuvenating vibes.

Sorry, but this doesn’t cut it one bit.

The song’s setting seem to be as forced and predictable as Sadaf’s next dance move — empty and lifeless! But those shady men in the back-drop manage to at least convince us that they’re up to no good — and they grab attention from the Thundercat immediately and our minds begin fabricating details that don’t involve Sadaf in any way — which is kind of sad for an item girl.

The vocals by Aima Baig are on point and the song certainly sounds seductive but it all ends when you see the visuals. Sorry Sadaf, but you should stick to gracing magazine spreads; item numbers aren’t your ball game!