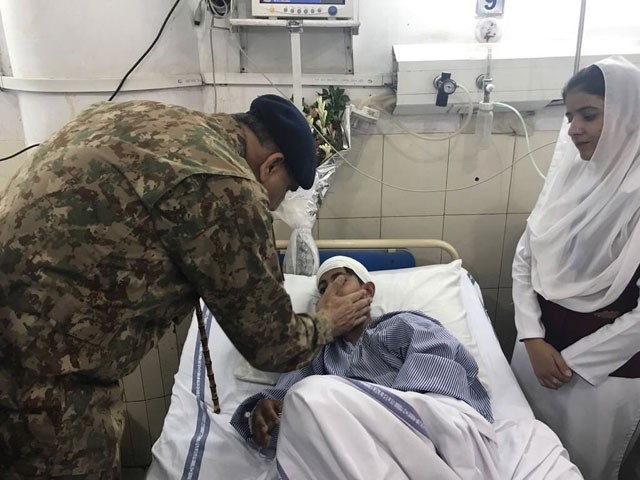 The deadly blast was claimed by the Tehreek-e-Taliban Pakistan which, according to Pakistani officials, has found safe havens in Afghanistan’s border regions after its rout from the tribal areas as a result of a series of military operations.

The Lahore bombing took place on Tuesday – the day a Taliban suicide bomber mowed down dozens of people in an attack targeted at government employees in Kabul.

“Concurrent blasts in Kabul and Lahore are testimony of our stance that both Pakistan and Afghanistan are victims of terrorism and will continue to suffer if these actors are able to use Afghanistan’s territory with impunity,” Gen Bajwa said while chairing a security meeting at the Lahore Corps Headquarters.

COAS chaired security meeting at Lhr. "Such incidents can't lower our resolve to eliminate terrorism from its roots" COAS (1 of 2) pic.twitter.com/1dD6t3nDZO

The arrest of RAW agent Kulbhushan Jadav from Balochistan lends credence to the belief that India is trying to destabilise Pakistan. Jadav has admitted in a video confession that he had been tasked to create unrest in Pakistan – an offense for which he has been sentenced to death by a military court.

The Corps Headquarters meeting was held in the wake of the suicide attack at Kot Lakhpat Sabzi Mandi that left 26 people, including nine policemen, dead.

The army chief reiterated that Pakistan was ready to help Afghanistan to eliminate terrorist safe havens in their border areas as it has done on its side.

Expressing his grief over the human losses, Gen Qamar said such incidents could not lower Pakistan’s resolve to eliminate terrorism from its roots.

“We are making gains in breaking connectivity between terror masterminds and their facilitators and executors,” he said, adding that Pakistan Army fully supported and stood with the police and other law enforcement agencies towards performance of their role as first responders.

“We have fought against terrorism as a nation and the key to success is national participation by reporting every suspicious activity to security forces,” he added.

Gen Qamar was briefed on Operation Radd-ul-Fasaad and Monday’s blast. The operation was mounted in February to “eliminate residual/latent threat of terrorism” and consolidate the gains made in other military operations.

"We hv fought terrorism as a nation. Key to success is national participation. Report suspicious activity to security forces" COAS (2of2). pic.twitter.com/V9E9qkeMuP 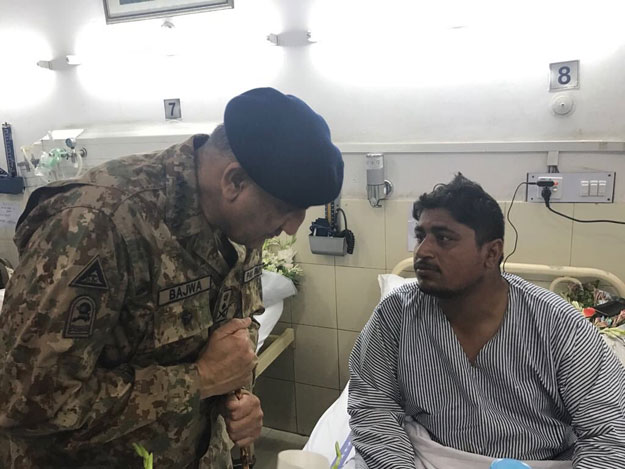 The army chief also visited the survivors of the blast at the Lahore General Hospital to enquire after their health.

Pakistan has suffered more than any other country in the war against terrorism. However, the United States continues to put pressure on Islamabad to ‘do more’.

A US official said on July 21 that the Pentagon will not make the remaining military reimbursements to Pakistan for fiscal year 2016 after US Defence Secretary Jim Mattis told Congress Islamabad had not taken sufficient action against the Haqqani Network, the deadliest of all Afghan Taliban factions.

Pakistan reacted angrily, saying the money was reimbursement not aid.

Gen Qamar told top US military commander in Afghanistan Gen John Nicholson, who met him on Monday, that some quarters in Washington and Kabul were trying to undermine Pakistan’s counter-terrorism efforts, but it would continue to act positively.

Surprisingly, while Pakistan continues to suffer at the hands of terrorists, Kabul and New Delhi point accusatory finger at Islamabad whenever a terrorist attack takes place there.