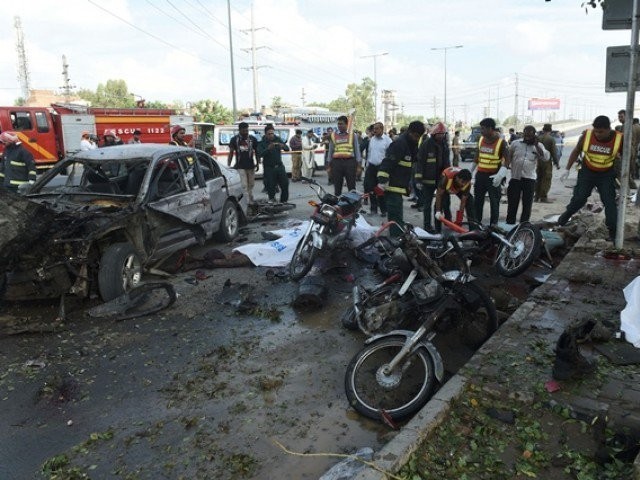 LAHORE: Chaos and confusion were the order of the day at the Lahore General Hospital which was up to its neck with patients who were injured in Monday’s suspected suicide attack on Ferozepur Road.

The LGH is the largest public sector medical facility near the blast site. Family members and relatives gathered with bated breath, yearning to hear some news of their loved ones who fell victim to the explosion in a vegetable market.

The emergency ward of the hospital, located on the Ferozepur Road, was restricted to the public. 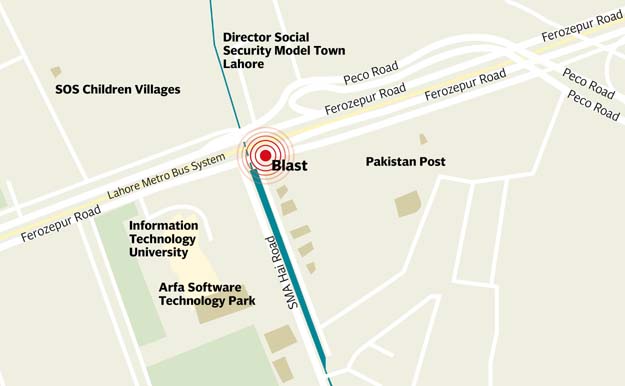 The task to shift the injured to the hospital became more problematic because Ferozepur Road, a main artery of the city and a busy thoroughfare, was blocked at several locations by the police.

A large number of people were seen waiting outside the emergency ward of the hospital to get some information about their loved ones. Amid the chaos, police officials were also seen rushing to the hospital, as many of the injured and the dead were members of the force.

The blockage of the road created a hindrance for rescue workers and relatives of the injured. The Ferozepur Road near the hospital was chock-a-block with traffic and many people were stuck in the ensuing chaos.

An injured victim told the media that the explosion occurred around a group of policemen who were seated. Another wounded man, Hafiz Daanish, said he fell unconscious after the blast and was unaware of the events before waking in hospital.

As many as 10 bodies were shifted to the LGH and seven were yet to identified. Meanwhile, the deaths of Sub Inspector Riaz Ahmed, Constable Sajid Ali and ASI Fiaz were confirmed by the hospital management.

Meanwhile, the Lahore General Hospital (LGH) declared an emergency and according to officials, 10 bodies and 30 injured were brought to the medical facility.

LGH Post Graduate Medical Institute (PGMI) Principal Prof Ghiyasun Nabi Tayyab confirmed that emergency was imposed at the hospital after the incident to deal with the influx of patients.

He said that Medical Superintendent Dr Ghulam Sabir as well as all senior doctors and staff were present in the emergency ward to provide immediate medical assistance to victims of the blast. He said that on the directions of Punjab Chief Minister Shahbaz Sharif, special measures were being taken to save the lives of the injured.

He said LGH had established a helpline (042-99264117) for the general public and relatives of the injured to get details. He said that the hospital would provide all possible help to the victims of the incident. Prof Tayyab also expressed his heartfelt sympathies to the members of the bereaved families and prayed for the early recovery of the victims.