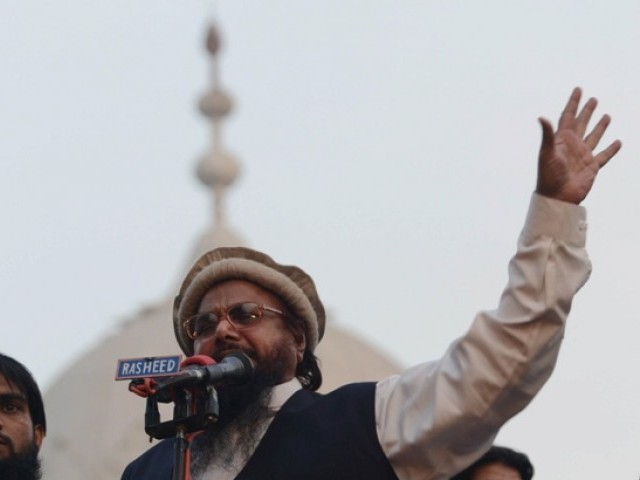 The United States has once again accused Pakistan of providing ‘safe haven’ to terrorists, saying the country has not taken any substantial action against the Haqqani Network of Afghan Taliban.

“Pakistan did not take substantial action against the Afghan Taliban or HQN, or substantially limit their ability to threaten US interests in Afghanistan, although Pakistan supported efforts to bring both groups into an Afghan-led peace process,” the US State Department said in its annual “Country Reports on Terrorism”.

The report said while terrorist-related violence declined in Pakistan for the second straight year in 2016, terror groups like Lashkar-e-Taiba (LeT) and Jaish-e-Muhammad (JeM) continued to operate, train, organise and fundraise inside the country.

US likely to toughen conditions for civil, military aid to Pakistan

The US State Department went on to claim that the al Qaeda in Afghanistan and Pakistan was seriously degraded as a result of Pakistan Army’s continued offensive against the terror group’s presence in North Waziristan, successfully restricting its freedom to operate in the region.

The report, however, said Afghanistan experienced aggressive and coordinated attacks by the Afghan Taliban, including the Haqqani Network and other insurgent groups, claiming a number of such attacks had been planned and launched from safe havens in Pakistan.

In a separate chapter, the State Department listed Pakistan as one of the safe havens of terrorists. The State Department said that numerous terrorist groups, including the Haqqani Network, the LeT and JeM continued to operate from Pakistani soil in 2016. “Although LeT is banned in Pakistan, LeT’s wings Jamaatud Dawa (JuD) and Falah-e-Insaniat Foundation (FiF) were able to openly engage in fundraising, including in the capital,” it said.

“LeT’s chief Hafiz Saeed (a UN-designated terrorist) continued to address large rallies, although in February 2017, Pakistan proscribed him under relevant provisions of Schedule Four of the Anti-Terrorism Act, thus severely restricting his freedom of movement.”

The report further highlighted Pakistan’s efforts to bring peace in Afghanistan through political reconciliation between the Afghan government and the Taliban.

PM to bear brunt if children fail to give money trail: SC