They are now hoping to set an exampl­e for girls in their ultra-conser­vative countr­y
By AFP
Published: July 18, 2017
Tweet Email 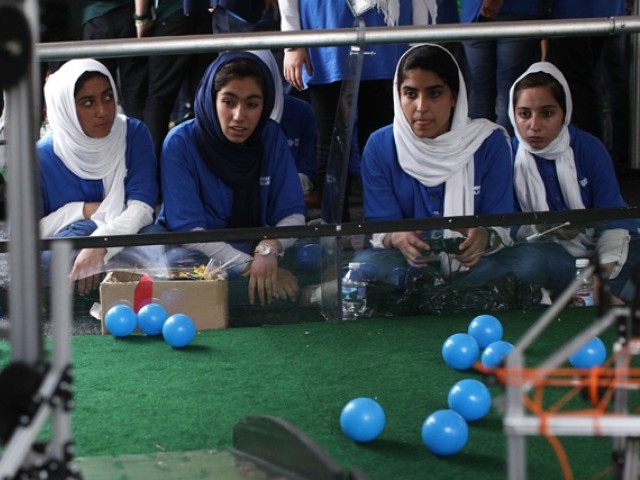 WASHINGTON: Huddled around a small table in the halls of a cavernous Washington concert hall, a group of Afghan teenage girls tweak gears and sprockets on their radio-controlled robot, hoping to best the competition.

But the six proud nerds from war-torn Afghanistan’s western province of Herat almost didn’t make it to the US capital for the chance to battle other high school students from around the world.

Twice denied US visas until a late intervention by President Donald Trump’s administration, they are now hoping to set an example for girls in their ultra-conservative country. 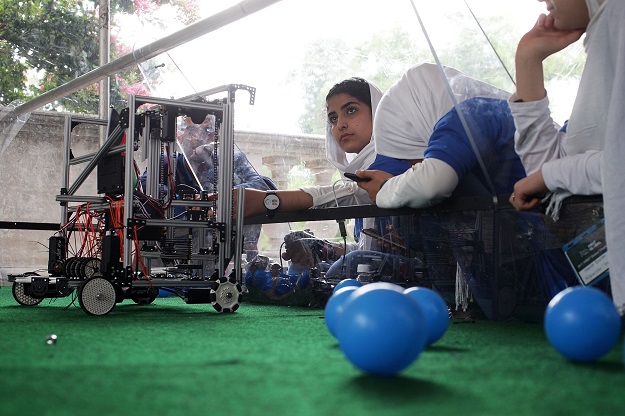 Even in a venue crowded with hundreds of teens, the Afghans were difficult to miss on Monday in their bright blue T-shirts paired with white hijabs — and trailed wherever they go by a throng of journalists.

“Robotics is a field that is part of my life. I’m so happy to be here and participate against the other teams,” 15-year-old Lida Azizi told AFP, adding she was a ‘bit nervous’ about taking part in her first competition.

The plight of the Afghan team had made headlines around the world after it appeared to underscore the negative consequences of stricter visa policies for Muslim countries under Trump. 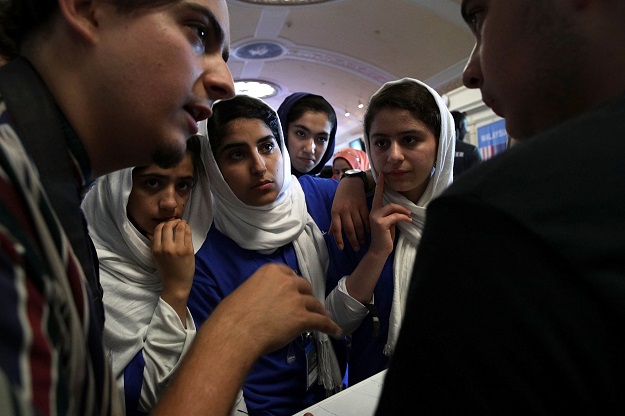 The US leader recently succeeded in passing a limited version of a long-touted travel ban — temporarily barring visitors from Iran, Libya, Somalia, Sudan, Syria and Yemen without a “bona fide” US connection and all refugees — pending a hearing by the Supreme Court.

Afghanistan was not on the list, but critics contended the frequency of such refusals undermined the administration’s pledge to empower women. A team from Gambia was also temporarily barred. Eventually, however, all 163 teams — including those from Iran, Sudan and a team of Syrian refugees — were granted visas.

On Monday, teams from around the world jostled into Washington’s historic DAR Constitution Hall, excited to test their skills on laser-lit stages as a sportscaster provided live commentary.

Between rounds, some traded tips and tricks on modifications to make the most of their kit-built devices.

The competition tests multiple skill sets — programming the machines, adjusting the hardware to maneuver more efficiently, and dexterity in controlling the devices while under time pressure. 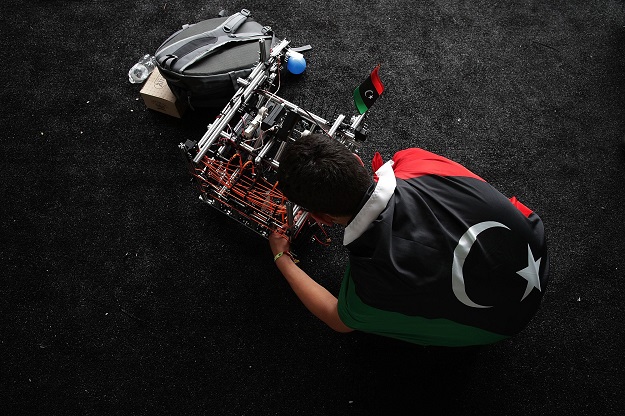 A member of Team Libya works on his team’s robot during the first of two days of the First Global International Robot Olympics. PHOTO: AFP

Alireza Mehraban, the Afghan team ‘mentor’, explained his team was selected from a tough school competition featuring 150 students. The group was cut to a shortlist of 20 before the final six were picked. And unlike their counterparts from wealthier countries, the Afghans had unique problems they had to contend with, such as a lack of some basic equipment.

Pakistani Fulbright scholar denied entry into US despite valid visa

“When they built their robot, they had to ship it straight to the US so they didn’t have the opportunity to really play and practice.”

With two ‘drivers’ and a tactician overseeing the action, the Afghans narrowly prevailed in their first round in a timed match against a rival team that involves scooping up scoring balls and placing them in bins while avoiding penalty balls. 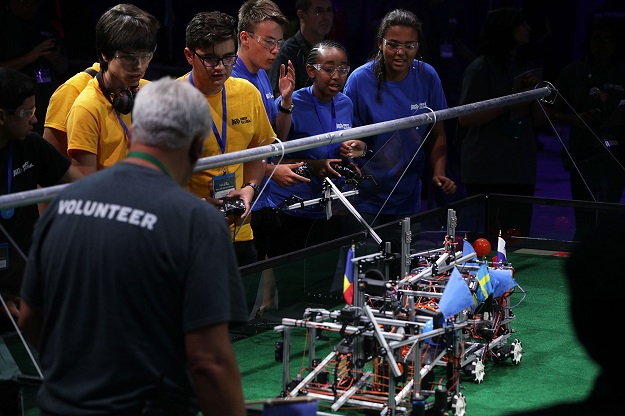 But the result was less significant than its symbolism for a country that ranks a dismal 152 out of 155 nations in the global Gender Inequality Index despite moderate gains among the urban middle classes.

“Fifteen years ago, Afghan women couldn’t read and write and they didn’t have any rights,” said Mahboob.

“And today with the help of the international community, we have a lot of women going to school, going to university — they are becoming ministers.”

Mahboob predicted the girls’ efforts at the Washington event, which runs through Tuesday, would “have a big positive message for the Afghan community.”

“We are the same as the boys and they should give us the same opportunity. If you give access to education and technology it doesn’t matter what your gender is,” she said.