Man’s fingers axed in Jhelum for allegedly having an affair

Man’s fingers axed in Jhelum for allegedly having an affair 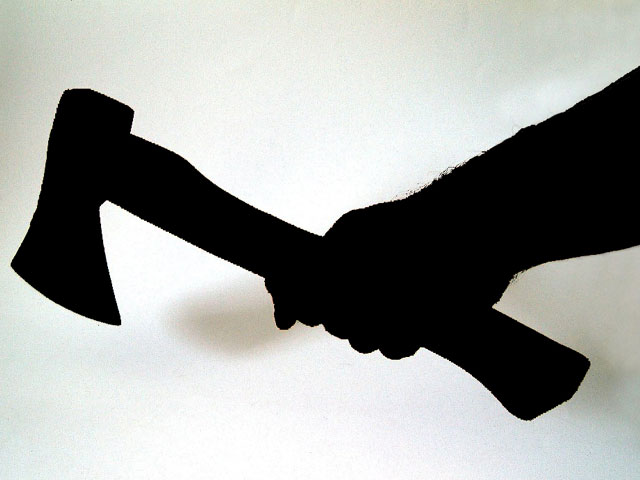 RAWALPINDI: A man’s fingers were chopped off in Sohawa, Jhelum district for allegedly having an affair with a married woman.

According to an FIR of the incident, 23-year-old Hasnain Muhabat, a resident of the Hayyal Mughalan village of Sohawa in Jhelum District, was apparently attracted to a girl KZ*. The two used to go to the same college, where they had met.

Earlier this month on July 12, KZ came to the village to visit her parents. She also allegedly met the young man, a labourer, at her parent’s house.

However, some of KZ’s relatives saw the two together and started beating Muhabat up.

“Sufi Sajid attacked me with an axe,” Muhabat told the police in his report, adding that as he raised his left hand to protect himself, the axe chopped off two of his fingers.

He added that soon some other men also joined Sajid in assaulting him, using clubs and sticks to beat him.

Bruised, Muhabat said that two men Mirza Amir and Mirza Ibrahim came to his rescue, dragging him away from the mob and shifting him to the hospital.

When contacted ASI Muhammad Irshad, who has been tasked with investigating the case, said that the attackers had cut off the index and middle fingers of the victim’s left hand.

Meanwhile, RPO Raja, while taking notice of the incident, directed Jhelum DPO Abdul Ghaffar Qaiserani to look into the matter closely, adding that the seven suspects named in the case had already managed to obtain pre-arrest bails from a local court.