'Rain will continue with similar intensity’

'Rain will continue with similar intensity’ 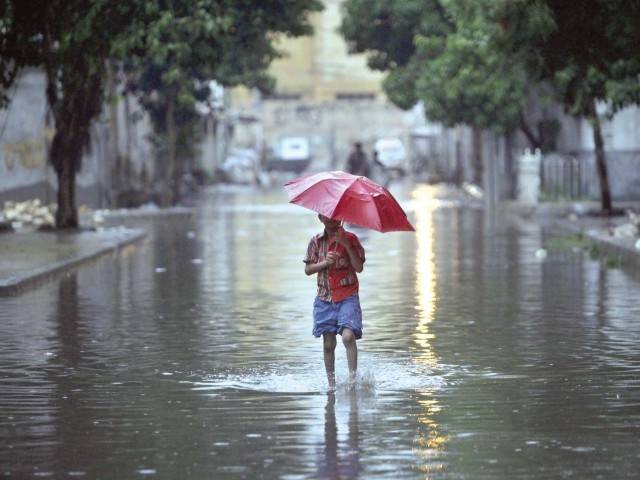 KARACHI: As forecasted by the Pakistan Meteorological Department (PMD), Karachi experienced moderate to heavy rainfall from late Friday till Saturday evening in different parts of the city.

On Saturday, after a sunny morning and afternoon, a rainfall system developed in the north-eastern parts and, by late evening, covered almost all parts of the city, causing moderate rainfall in most parts of Karachi.

However, the city also witnessed light showers late Friday night, which hinted at the monsoon’s approach. Earlier, PMD Spokesperson Abdul Rashid predicted that lower Sindh would experience rainfall until Tuesday as a monsoon system is approaching from Gujrat, India.

According to Rashid, the rain will continue with similar intensity, however, citizens should remain cautious about any emergency. Heavy rain was also reported in the Hub Dam’s catchment areas in eastern Balochistan and lower Sindh, Thatta, Badin and parts of Tharparkar.