This is why Mother Teresa's uniform is trademarked

This is why Mother Teresa's uniform is trademarked

Nuns say Mother Teresa issued orders before her death that her name 'should not be exploi­ted for commer­cial purpos­es'
By News Desk
Published: July 12, 2017
Tweet Email 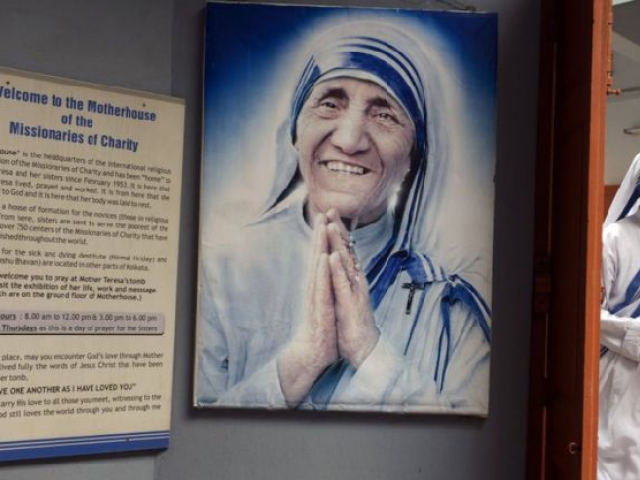 Mother Teresa, the Catholic nun who worked for the poor of India wore a simple sari with three blue stripes on the borders. Nuns who work for Missionaries of Charity, which has more than 3,000 nuns worldwide, continue to wear this uniform.

The famous sari of the late Nobel laureate nun has now been trademarked to prevent ‘unfair’ use by people for commercial purposes, BBC reported.

Government of India recognised the sari as the intellectual property of the Missionaries of Charity in September last year, when Mother Teresa was declared a saint by the Vatican, but the order had decided not to make it public.

“It just came to my mind that the colour-identified blue border of the sari had to be protected to prevent any future misuse for commercial purposes. If you want to wear or use the colour pattern in any form, you can write to us and if we are convinced that there is no commercial motive, we will allow it,” said Biswajit Sarkar, a Kolkata-based lawyer who works pro-bono for the order who had applied for the trademark in 2013.

The austere blue-trimmed white sari has long been identified with the nun and her order. According to some accounts, the nun chose the blue border as it was associated with purity. The saris have been woven by leprosy patients living in a home run by the order on the outskirts of Kolkata.

Nuns say Mother Teresa had issued orders before her death that her name “should not be exploited for commercial purposes”.

Sarkar helped the order to trademark her name two decades back. Still nuns have often complained that Mother Teresa’s name was being exploited for commercial gain — a school being run in her name in Nepal where teachers complained of not receiving salaries; a priest raising funds in Romania using the order’s name; shops near the order’s headquarters in Kolkata telling customers that proceeds from memorabilia sales were donated to the order; and a cooperative bank in India curiously named after the nun, BBC reported.

“So we decided to do something about it,” said Sarkar. “Through this we are trying to tell the world that her name and reputation should not be misused.”

It is still unclear how this trademark on the famous blue striped sari will be enforced. Many online shopping sites already sell variations of “unisex Mother Teresa dress” – blue bordered sari, and a long sleeved blouse.

Here’s why we lose sleep as we grow older