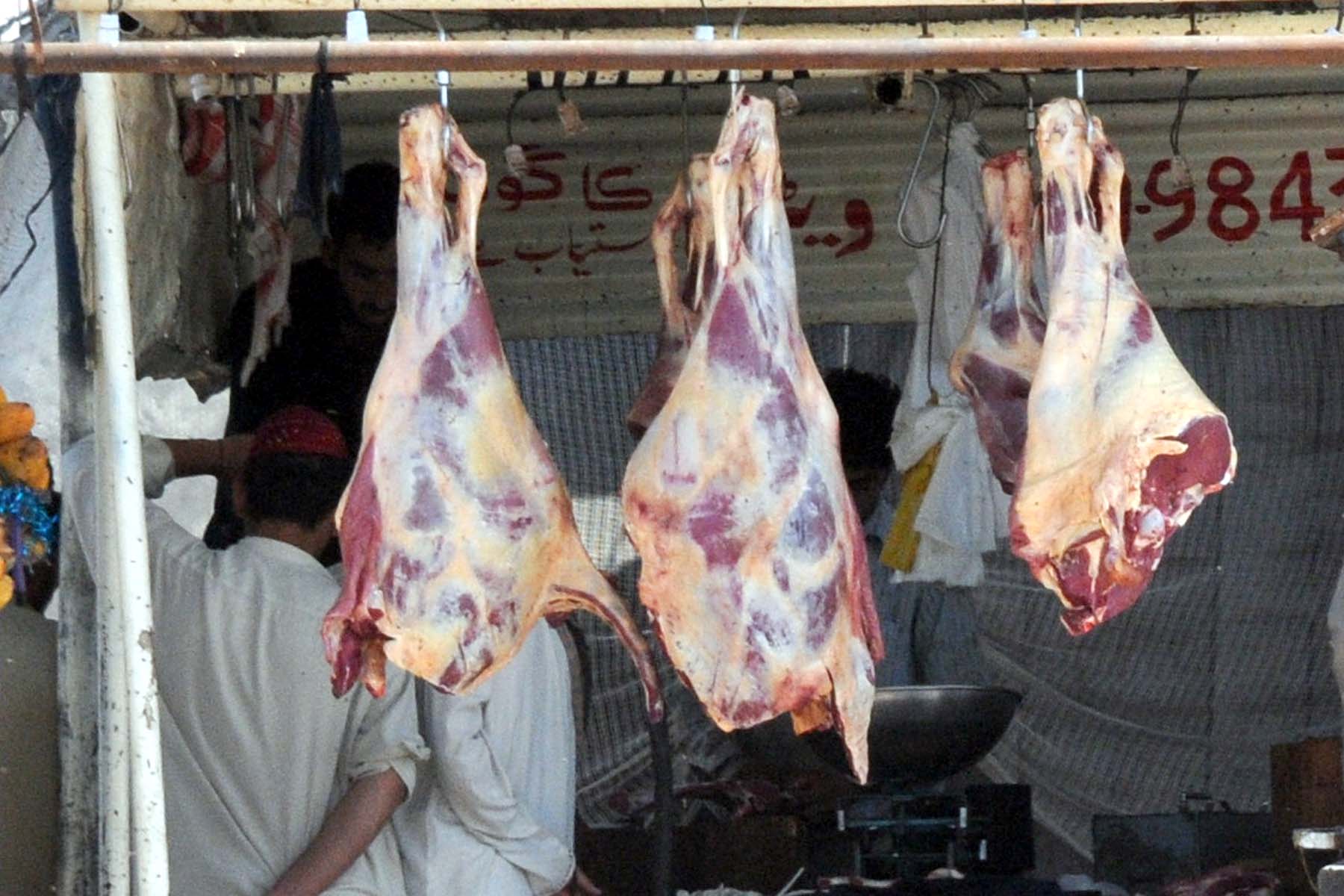 The crackdown was carried out in the walled city (Hano ka Chaja) and Awan Pura areas of Multan PHOTO: Express/File

MULTAN: Authorities in Multan have launched a crackdown on illegal slaughterhouses and confiscated 5,200 kilogrammes of unhygienic meat.

The move came on the directives of Deputy Commissioner Multan Nadir Chatha in which four people were arrested and seven meat shops sealed.