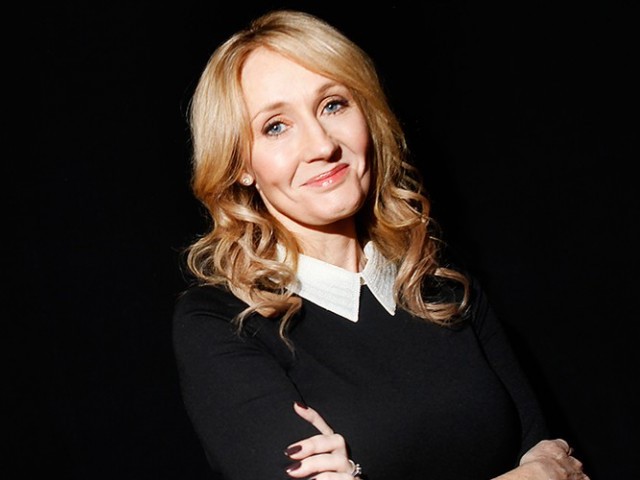 J K Rowling is best known for her Harry Potter books which cast a spell over the world, and enchanting children and willing them to open their imagination. PHOTO: Reuters

In an interview with CNN, the internationally acknowledged author J K Rowling, who conjured up the mystical world of Harry Potter, revealed information that she has written another book, but one which may never be published.

J K Rowling is best known for her Harry Potter books which cast a spell over the world, and enchanting children and willing them to open their imagination. The young, orphaned wizard, with a lightening-shaped scar has contributed greatly to literature, in different languages.

In the recent interview, Rowling revealed that the book she has written cannot be published because it’s written on a dress. “. On my 50th – the theme of my 50th birthday, which I held at Halloween, even though that’s not really my birthday, was come as your own private nightmare. And I went as a lost manuscript. And I wrote over a dress most of that book. So that book, I don’t know whether it will ever be published, but it’s actually hanging in a wardrobe currently.”

JK Rowling reveals she's written another fairy tale that may never be published – because the manuscript is a dress https://t.co/AKB6sGJXtr pic.twitter.com/MyEsUSlzuC

Rowling, who penned down her inspirations longhand in Edinburgh cafes, says that she scrawled the secret manuscript across her 50th birthday party dress. In a disclosure that will shock many die-hard Harry Potter fans, the ‘book’ now hangs in her closet.

Rowling dropped the bombshell at the end of an interview about her children’s charity Lumos, in which she discussed her worst fears and why she is determined to put an end to orphanages.