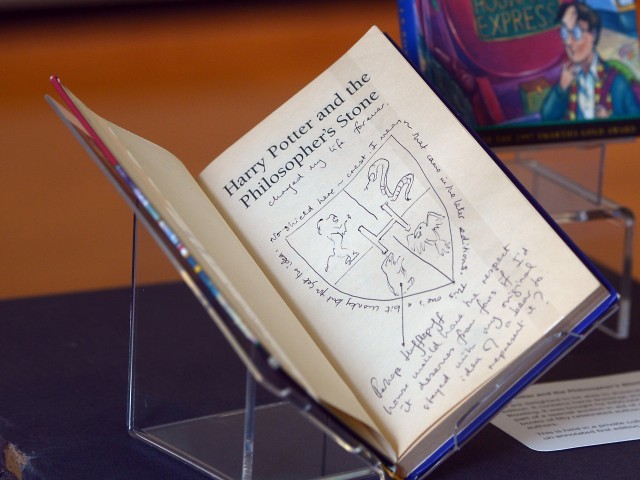 Hand-written notes by author J K Rowling are pictured inside a rare first edition of her book 'Harry Potter and the Philosopher's Stone' displayed at The National Library of Scotland in Edinburgh, Scotland on June 26, 2017. PHOTO: AFP

“20 years ago today a world that I had lived in alone was suddenly open to others. It’s been wonderful. Thank you,” she wrote on Twitter.

20 years ago today a world that I had lived in alone was suddenly open to others. It's been wonderful. Thank you.#HarryPotter20

A pair of rounded glasses and a lightning bolt accompanied the social media site’s special ‘HarryPotter20’ hashtag – a nod to the boy and a zigzag scar, who emerged from a cupboard under the stairs to become the world’s most famous wizard.

Joanne Kathleen Rowling had struggled through poverty before winning a £1,500 publishing deal with Bloomsbury to print 1,000 copies of ‘Harry Potter and the Philosopher’s Stone’. 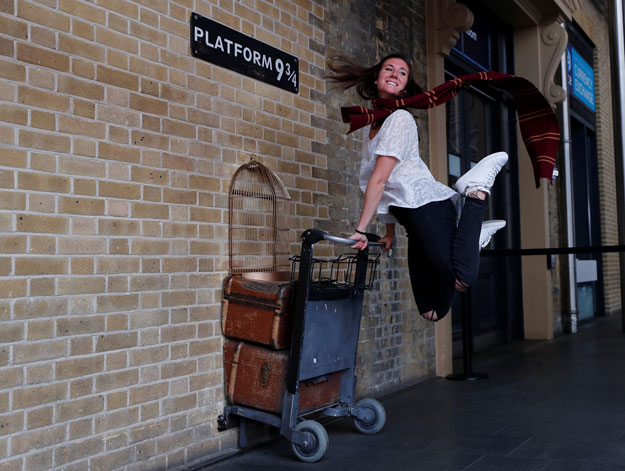 The seven volumes of the saga have since been translated into 79 languages and have sold more than 450 million copies worldwide – and those lucky enough to have bought a first edition of “Philosopher’s Stone” have in their possession a collector’s book worth thousands.

Events to mark the magical tale include a special exhibition at the National Library of Scotland in Edinburgh, the city where Rowling penned much of the first novel.

Bloomsbury have published four anniversary editions of the first Potter book, in the house colours of Hogwarts wizarding school, while quizzes and crafts were the order of the day at libraries and schools around Britain.

Pottermania over the past two decades has led to eight movies, a hit play and numerous spin-off books.

In October a ‘Harry Potter: A History of Magic’ exhibition will open at the British Library in London, showcasing manuscripts and magical objects alongside Rowling’s archives.

The Harry Potter empire has earned Rowling – a committed philanthropist – an estimated fortune of £650 million ($825 million, 743 million euros), according to The Sunday Times newspaper’s 2017 Rich List.