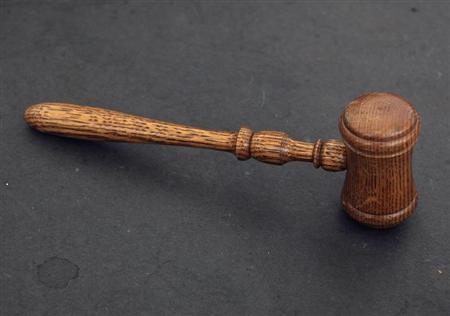 LAHORE: Court proceedings against a woman school principal accused of blasphemy have been adjourned until it is determined if the suspect is mentally fit to stand trial.

S’s* counsel filed an application in 2015 before an additional district and sessions judge, seeking his client’s release as he contended she was mentally unstable. On Friday, the judge directed the jail superintendent and doctor to admit the accused to the prison hospital and have her treated through the Punjab Institute of Mental Science.

The judge stated that once the doctor submits his final report, the case shall resume.

Previously, a medical board was formed to examine the mental status of the suspect who is said to suffer from schizoaffective disorder. The examination was meant to determine whether the accused is capable of defending the allegations leveled against her. In the inquiry, it was established she was not fit to stand trial.

The woman was also reported to be whistling and singing in the courtroom during proceedings, but later controlled herself as the judge admonished her for flouting decorum. The counsel for the accused asked the court to release the woman as doctors had declared she is not mental fit to face proceedings.

Meanwhile, the complainant’s counsel, Advocate Ghulam Mustafa Chaudhary, claimed the report of the medial board was manipulated and prepared in connivance with the accused. He contended that the petitioner should be allowed to prove this case through evidence.

Subsequently, Dr Tariq Aziz and Dr Zahid Pervez were cross examined and their statements recorded. Ghulam Mustafa Chaudhary’a lawyer argued that the accused woman was a school principal and more than 300 children were getting an education at her institute. “How can a woman who is mentally ill run a school setup? After her arrest, she prepared a power of attorney while in jail in the name of her husband to sell her house.” The counsel claimed none of this could be possible if the accused had mental problems.

The woman has been in jail since 2013 and the first medical board was constituted on her application on May 14, 2015. At the time, it was determined that she was suffering from schizoaffective disorder.

The accused filed for bail on three occasions and two of the applications were dismissed by the district and sessions court on April 2,2014 and August 29,2015. The third was dismissed by the Lahore High Court on November 25,2015.

Academics want to be in on appointment of VCs