Pakist­an may have missed tech opport­unitie­s, but it can ride the innova­tion wave by the 4th Indust­rial Revolu­tion
By Yusuf Hussain
Published: July 7, 2017
Tweet Email 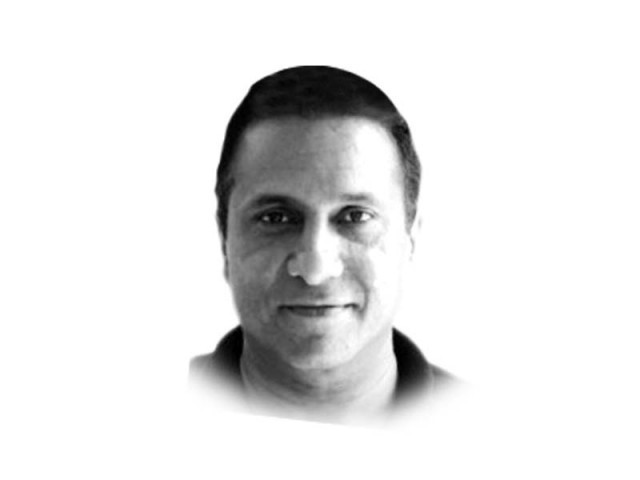 From China’s immensely successful Torch programme, which includes technology parks whose resident companies now generate 7% of the Chinese GDP, to Silicon Valley, and from Sialkot’s sports and surgical instruments industries to Hollywood, clusters have provided pathways to accelerated growth. Incubators and accelerators like Y Combinator, 500 Startups, and Tech Stars, where startups network with mentors, investors, partners, customers and suppliers, have successfully cloned unicorns — companies with a valuation of more than a billion dollars, like Airbnb, Dropbox and Stripe.

It was a revelatory visit by IT Minister Anusha Rehman to the Tech City Incubator in the UK a couple of years ago that launched the IT & Telecom ministry on the ambitious path of laying a network of world-class incubators across the country. While there was a handful of incubators around at the time, their capacity and in many cases, value addition, with a few exceptions, were well below par. Conversely, developed economies such as the United States and Britain and even emerging ones such as China, India, and Israel boast of hundreds or even thousands of incubators.

When the tendering process was first initiated by Ignite in late 2015 for the Islamabad incubator, there were no bidders who even qualified. Since then, following another revamped round, Jazz was awarded the contract and has since established a highly-regarded incubator recognised by Augie Fabela, founder of multi-billion dollar global telecom giant and Jazz owner, Veon, as “one of the best I have seen.”

For provincial incubators, roadshows and digital marketing campaigns were undertaken, resulting in bids from 33 consortiums, comprising over 100 telecom operators, leading IT companies, incubators, both international and local, business conglomerates and media groups. This enthusiastic response meant that a wide net could be cast and best possible bids obtained. It is a testament to the equity and transparency of the process that bids from a couple of telecom operators, who actually fund Ignite, were unsuccessful.

Incubators usually comprise physical space where startups reside for a year or more and where they benefit from clustering, office space, and shared services. Accelerators emerged from the Lean Startup movement of over a decade ago, and offer three- or four- month semesters where startups are provided intense mentoring and sometimes seed funding.

But some accelerators also offer office space, and many of them call themselves “incubators” as well, though some people think that linguistically at least “accelerators”, where startups begin scaling, should follow “incubators,” where startups are born. Then there are “specialty incubators’, which focus on a horizontal technology like ceramics or virtual reality, or a vertical one like telecom or agriculture. Owing to the focus, they can provide best possible resources, mentors, and access to conferences and funding in their niche. Here I am using the term “incubator” to refer to all three types.

The IT ministry-Ignite incubator strategy comprises all three elements. While startups will reside in incubators for at least a year, because it is felt that is the minimum amount of time required to incubate and accelerate them, structured curriculums offered by global entrepreneurship leaders like Draper University and Founder Institute, are important parts of the programme. The mentor network comprises the most successful entrepreneurs, corporate chieftains and professionals available in the country and overseas, who will groom and guide entrepreneurs about business practices, vertical market structures, and networking opportunities.

Pakistan may have missed previous tech opportunities, like Y2K and Dotcom, but it can ride the innovation wave represented by the 4th Industrial Revolution. The Karachi incubator will have a special focus on NeuroTech and NanoTech, while the Lahore incubator will have a Makerspace, which is specially suited to innovation in cyber-physical tech. Specialty incubators in IoT, Robotics and FinTech are planned in the next round, with a combined incubator budget of nearly Rs5 billion, targeting over 100,000 square feet of incubator space and graduating over 200 startups annually. A breakthrough in the current budget is the allocation of another Rs10b for the development of a major IT park to be developed by the IT ministry with the help of the South Korean government.

Some people believe that true entrepreneurs are born in garages and baptised by fire, while startups that are coddled are more hype than substance. While that is partially true, the best incubators challenge rather than pamper; they prepare entrepreneurs for the real world, where threats are galore and failure frequent. Mentoring by the right person can take months out of a startup’s development cycle through a course correction, and networking can throw up opportunities that become tipping points. Also, in Pakistan, it is important to insulate startups from mundane security, electricity and initial cash flow issues, so they can focus on their business idea.

At the end of the day, each incubator, with its own distinct approach, curriculum, culture, mentors, support services, and team is a unique experiment to clone iconic entrepreneurs like Steve Jobs, Elon Musk and Jack Ma. Startups are engines of employment creation and economic growth; incubators are the best type of experiment known for scaling their numbers and surging their success ratios. Says Jawad Azfar, who heads Ignite’s national incubator programme, and is also working with the ministry on an incentives and tax breaks package for approved incubators nation-wide: “How well and how quickly we can learn from each other’s successes and failures, will make all the difference.”