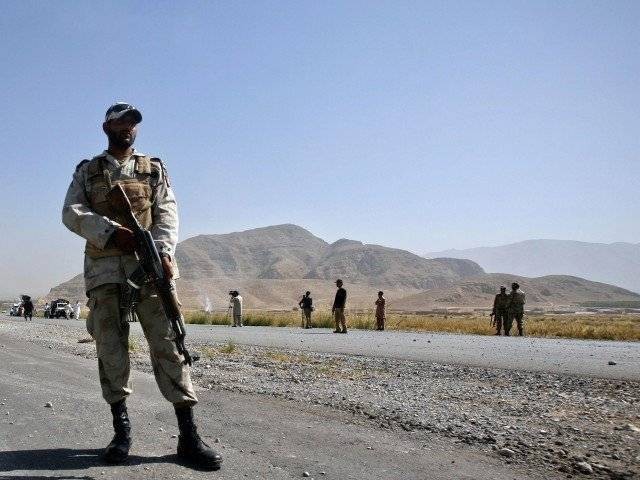 A file photo of an FC personnel in Balochistan. PHOTO: REUTERS

According to the Inter-Services Public Relations (ISPR), the operations were carried out in Sui, Kahaan and Sibbi areas.

The terrorist, killed during an exchange of fire, was involved in several criminal activities, the ISPR added.

A cache of explosives and weapons were also recovered.

The raid was conducted as part of Operation Radd-ul-Fasaad, new military offensive launched against “latent threat of terrorism” in February this year.

Our hands are clean. We have nothing to fear, says Premier Nawaz