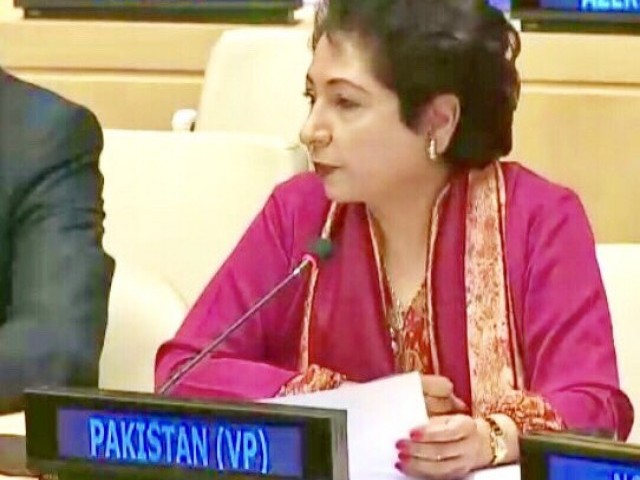 Pakistan’s permanent ambassador to the world body, Maleeha Lodhi, in her preliminary comments on Guterres’s recommendations stressed on the importance of setting clear path for consultations with member states as the process goes forward.

“We fully support the principal objective of the review, which is to ensure that the UN Development System is well positioned to support implementation of the 2030 Agenda in a comprehensive manner,” Lodhi said.

Speaking in ECOSOC after UN Secretary General introduced his report on repositioning the UN Development system to deliver on the 2030 agenda pic.twitter.com/kcQWeuzTka

Lodhi said addressing the growing imbalance between core and non-core financing of the UN Development System and how it undermines predictability, effectiveness, coordination and accountability will be critical to measuring the success of the reform.

However, the envoy also voiced concerns over the “modest approach” in dealing with the gaps associated with the SDGs coverage.

She added that the UN Development System should be able to assist countries in implementing them in a comprehensive manner, describing the principles identified in the report as “litmus test for success” – namely: the reinforcing of national ownership and leadership, ensuring contextual response of a country, and country level delivery.

At regional level, Lodhi stressed the need to improve the coherence and coordination of the UN Development System. “This review, however, should also factor in the diversity of various regions and their respective priorities.”

The ambassador also welcomed the assigning of comprehensive responsibilities on Sustainable Development to the deputy secretary-general, creation of a redesigned SDGs unit and an executive committee to promote integrated decision-making.

The UN chief’s recommendations, made in a speech to the Economic and Social Council (ECOSOC) included establishment of a “Funding Compact” between member states, strengthening the role of resident coordinators of country teams and shifting the chairmanship of the development system to the United Nations Deputy Secretary-General Amina Mohammed.

At ECOSOC listening to the UN Secretary General introduce his report on repositioning the UN Development system to deliver on 2030 agenda pic.twitter.com/xM0cFpCRvT

Thanking the Pakistan’s envoy for the comments and support, Guterres affirmed Lodhi’s concern of the centrality of development, saying it should maintained and all the work of the UN’s Development system should be focused to this end. “Humanitarian and other aspects of our work will never be allowed to sacrifice the development focus of the system,” he added.

“I also agree that while creating new linkages we must continue to focus on transparency and accountability,” the UN chief said, responding to the ambassador’s remarks.

“You [Lodhi] pointed out your concern about our modest approach in dealing with gaps associated with the SDGs and I will like to say that we will continue to work with Member States to make it a little less modest,” he remarked.