Pakist­an’s envoy addres­ses the 60th sessio­n of Commis­sion for Status of Women at UN
By APP
Published: March 20, 2016
Tweet Email 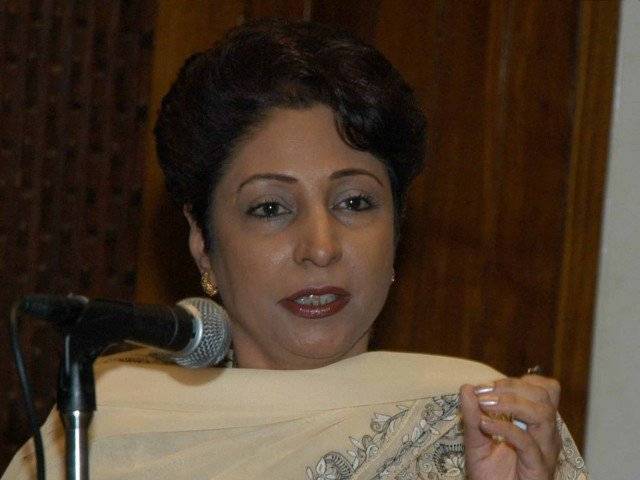 UNITED NATIONS: Pakistan’s envoy to the United Nations Dr Maleeha Lodhi has said the country is determined to work towards achieving the targets set for gender equality and empowerment of women in the Sustainable Development Goals (SDGs).

“Pakistan believes there is an urgent need at this critical juncture to look back, see how far we have come, and how best to proceed from here with determination to fully achieve targets set by Goal 5 of the SDGs,” the Pakistani diplomat said in her opening remarks at a side event organised by the Pakistan Mission to the UN during the 60th session of the Commission for Status of Women (CSW) on Sunday.

Pakistan’s permanent representative to the UN said violence against women was a key concern in the overall agenda of gender equality and women’s empowerment.

Women empowerment: ‘Each police station should have one female official’

“Physical violence has been described as the most shameful of all human rights violations and one of the most intractable to eliminate fully,” Lodhi said. “And we agree.”

Earlier, Balochistan Assembly Speaker Raheela Durrani, in her address at the event ‘Strategies to eliminate violence against women’, highlighted the steps taken in Balochistan for protection and social and economic empowerment of women.

The first-ever woman speaker of Balochistan Assembly also listed the legislative and administrative measures taken by the provincial government in this regard.

“The policy formulation was just one step and the government is taking measures to add depth to these laws by enhancing skills, awareness campaigns for legal and social rights and developing women’s leadership at various levels of governance,” Imam said.

The participants in the dialogue appreciated Pakistan’s achievements and pointed out areas where further focus was required, particularly in implementation of existing laws.

In her concluding remarks, Lodhi highlighted the critical role of the media in changing social attitudes along with education. She said while “we have come a long way”, there were still a number of challenges to overcome.

The event was largely attended by diplomats, civil society organisations and members of delegation at the UN attending CSW session.