The Indian govern­ment decide­d on Wednes­day that they will privat­ise debt-laden Air India
By News Desk
Published: July 3, 2017
Tweet Email 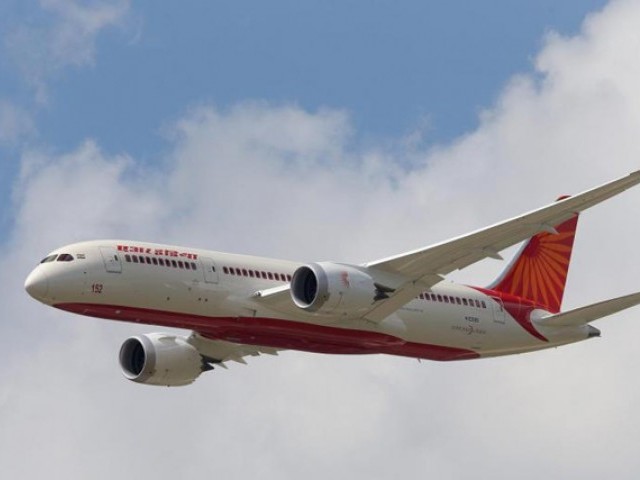 The air conditioning system of a Delhi-bound flight of Air India from Bagdogra malfunctioned on Sunday, leaving passengers breathless and complaining of suffocation.

A video went viral on social media of passengers fanning themselves due to the lack of air conditioning halfway through the flight. The passengers were also seen complaining to the staff and crew on board about the massive malfunction.

For the entire second part of the flight, the 168 passengers on board relied on whatever they could get their hands on — from newspapers to instruction manuals — to keep themselves were from sweating and suffocating.

Passengers speaking exclusively to India Today said they discovered even before take off that the AC wasn’t functioning. But, when they brought this to the notice of the Air India staff, they were told that the system would work just fine after the flight takes off.

An Air India spokesperson said the passengers complained of malfunctioning of the air conditioning system in the flight and protested.

Many people took to Twitter to complain about the air conditioning problem and raise questions about the quality of Air India flights.

@airindiain AR 880 started from IXB without AC and oxygen.Who give the permission to put 310 passengers life in risk?

@airindiain This looks like a scene from a bus travelling from some remote village on a hot summer day. https://t.co/sCQ7VN5Wyz

The Indian government decided on Wednesday that they will privatise debt-laden Air India. The privatisation will be the first step the government took to offload an airline struggling to turn a profit in the face of an overly competitive atmosphere with low-cost rivals.