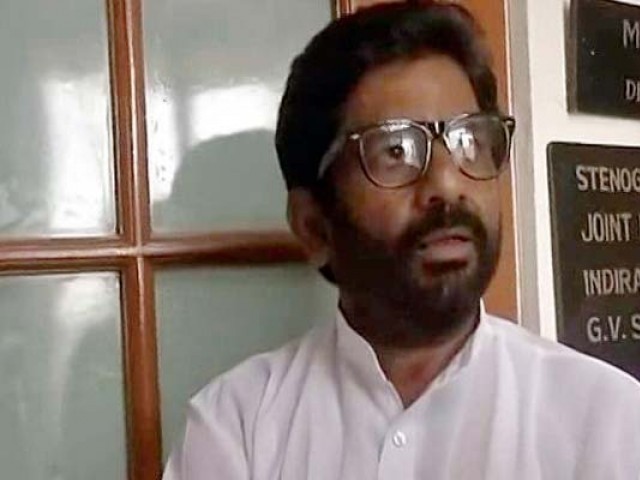 MUMBAI: An Indian politician brazenly admitted on Thursday that he hit a steward on an Air India flight 25 times with his slipper during a row over a seat.

Ravindra Gaikwad, an MP in India’s lower house for the Hindu nationalist Shiv Sena party, claimed that the attendant had insulted him first on the Pune to New Delhi flight.

“What did he say, that I hit him with my hand? I hit him 25 times with a slipper,” an unrepentant Gaikwad told ANI news agency in video footage posted on its Twitter page and aired on Indian news channels.

Indian media reports said Gaikwad claimed he had a business class ticket but that Air India put him in an economy seat for the Thursday morning flight to India’s capital.

After first complaining to an air hostess Gaikwad, who represents a constituency in the western state of Maharashtra, then got into a heated argument with the senior flight attendant.

“[The steward] said ‘I will complain to [Indian Prime Minister Narendra] Modi’, so I hit him,” said Gaikwad.”Should I have to listen to this abuse?” he added.

Politicians from other political parties roundly condemned Gaikwad’s actions while a spokesman for Air India told AFP the airline was investigating the incident.

Last year an Indian MP was arrested for allegedly slapping an airline official at an airport in Andhra Pradesh after he and his family were prevented from boarding their flight because the gate had closed.

Pakistan wants Indonesia to ease ‘visa restrictions’ for its citizens