Chaudh­ry stated that the bureau was commit­ted to workin­g profes­sional­ly, with transp­arency and on merit
By News Desk
Published: July 2, 2017
Tweet Email 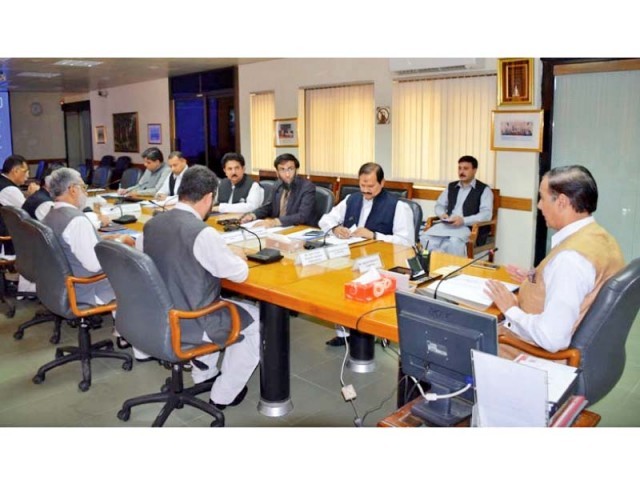 The conviction ratio of the National Accountability Bureau (NAB) is higher than that of other anti-corruption bodies in the country.

This was stated by NAB Chairman Qamar Zaman Chaudhry while chairing a meeting at the bureau’s headquarters in Islamabad, a statement released on by the anti-corruption watchdog stated on Saturday.

Chaudhry stated that the bureau was committed to working professionally, with transparency and on merit.

He highlighted that more people trusted and had reposed their confidence in the anti-corruption watchdog which has seen its figures of complaints, inquiries and investigations almost double from 2015 to 2017.

In this regards, he said that they had set up a Forensic Science Labs (FSL) in NAB which has state-of-the-art facilities for conducting digital forensics, questioned documents and fingerprint analysis.

To achieve this, he said that NAB had prescribed a timeline for efficient, effective and expeditious disposal of cases putting a maximum limit of 10 months. He further said that NAB had introduced a new system of Combine Investigation Team (CIT) to draw on the experience and collective wisdom of senior supervisory officers.

NAB’s anti-corruption campaign has been successful

“This system is not only lending quality to the work, but also ensures that no individual can influence proceedings,” he said, adding that the concept of CIT had proved to be successful in improving the quality of inquiry and investigations.