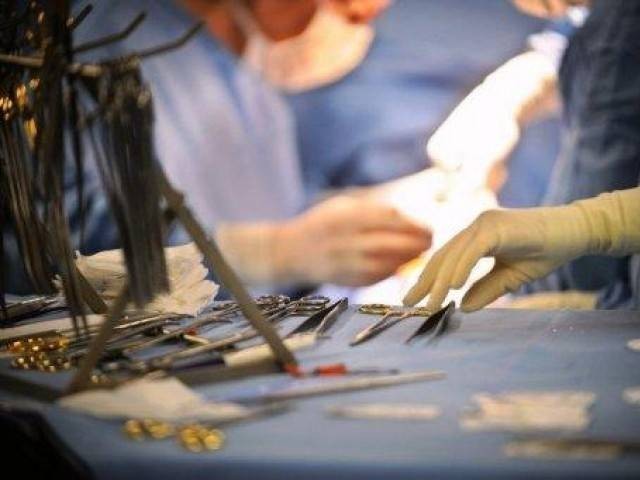 The Community Tissue Services wrote in its letter that it was one of the largest skin graft donation banks in the world. PHOTO: AFP/File

LAHORE: A non-governmental organisation in the United States will donate skin grafts for the people who have suffered burn injuries in an oil tanker fire in Ahmedpur East near Bahawalpur, The Express Tribune has learnt.

The Community Tissue Service, a non-profit organisation, reached out to the Punjab government through the Pakistan Consulate in Chicago to donate the grafts to the victims of tragedy that occurred on June 25.

The oil tanker inferno had killed over 170 people and left scores suffering from severe burn injuries.

In a letter written to the Punjab government, a copy of which is available with The Express Tribune, the Community Tissue Services requested the authorities concerned to send the details of the focal person both in Lahore and the respective district level to receive the skin grafts on an urgent basis.

It added that as the skin grafts had to be transported on dry ice, the Pakistani government needed to waive off custom duty and other restrictions immediately.

The Community Tissue Services wrote in its letter that it was one of the largest skin graft donation banks in the world, providing 470,000 grafts in different parts of the world every year. It offers a complete line of allograft bone, sports tissue and dermal tissue.

According to the Consulate General of Pakistan in Chicago, the Punjab government has agreed to receive the donations.

Jinnah Hospital Medical Superintendent Dr Sohail Saqlain said arrangements were being made to dispatch skin allografts to the victims who had suffered severe burns.

“These allografts will be dispatched in boxes to the burn units at the Jinnah Hospital, the Multan Burn Centre and the Victoria Hospital Bahawalpur,” he added.

Dr Saqlain said there were currently 17 patients at the Jinnah Hospital. Of them, five are in a serious condition because they had suffered burns covering over 70 percent of their bodies.

Dr Farhan Gohar, an expert on the subject, told The Express Tribune that allografts were human tissues grown in a synthetic medium, a technology unavailable in Pakistan.

“This is a much advanced technology than the one being used in Pakistan. It will provide better treatment to burn patients. Globally, this technology is preferred, especially in the case of patients with extensive burns,” he said.

A meeting was held at the Jinnah Hospital Burn Centre on Thursday to review the treatment of the people injured in the Bahawalpur fire.
A team comprising clinical psychologists of the Jinnah Burn Centre and the Social Welfare Department is also engaged in the psychological rehabilitation of the patients and their attendants.

The hospital administration, the Patients Welfare Organisation and other social institutions are looking after them with the assistance of the Lahore district administration.

A health department spokesperson said 16 patients had been identified for skin grafting. Around 69 patients were still being treated in three hospitals of the province – 28 patients at the Victoria Hospital, 24 at the Nishtar Hospital’s burn unit and 17 at the Jinnah Hospital.

At least 125 patients died instantly in the oil tanker fire and around 65 lost their lives at various hospitals during treatment.