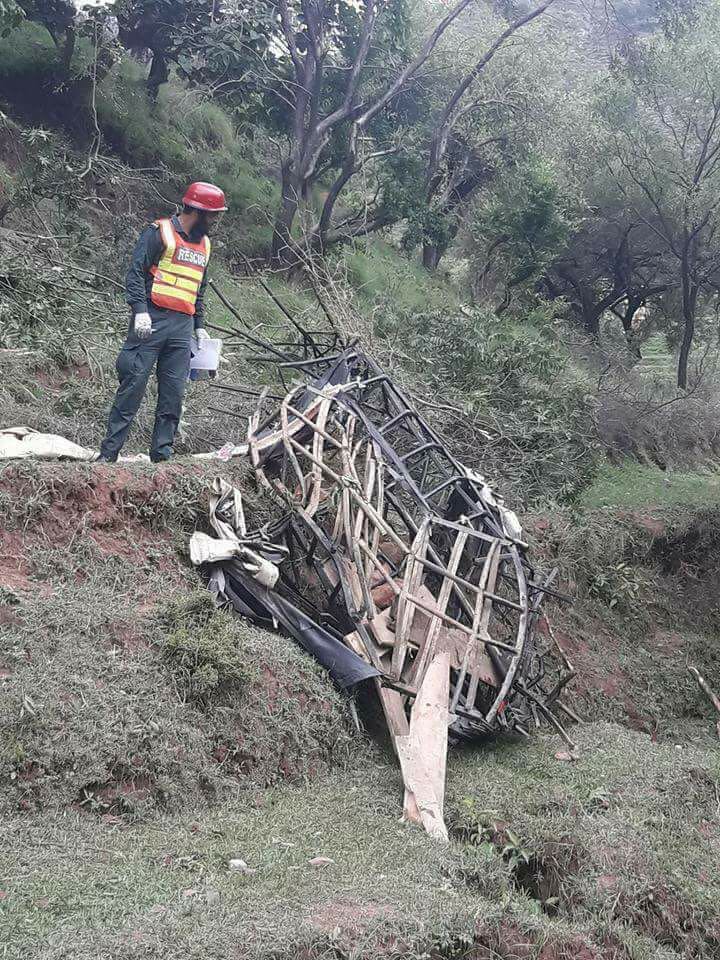 A rescue operation is currently ongoing on the scene of the incident; three people reportedly injured. PHOTO: EXPRESS

RAWALPINDI: At least 11 people were killed and two others critically wounded when a chairlift cable broke, sending riders plunging into a ravine in a mountain hamlet of the popular hill station of Murree on Thursday noon.

“The residents of Chara Pani village use a locally-made chairlift to cross the river and it broke, coming off the cable, which killed 11 people – nine men, one woman and a child,” a Rescue 1122 official Muhammad Farooq said. “Two others were wounded,” he added.

The deadly crash was reported to rescuers around 12 in the noon. The lift was reportedly carrying 13 people when its cable snapped. 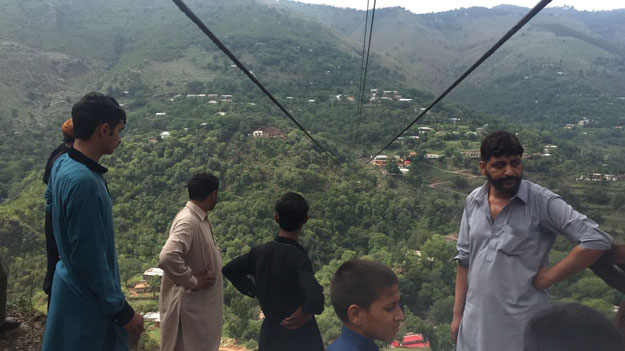 Four of the victims belonged to Malpur village, while the rest were from Chara Pani village. The two injured were driven by Rescue 1122 staff to the Holy Family Hospital.

The improvised chairlift is strung between two mountains in Hazara division of Khyber-Pakhtunkhwa province which local villagers use to cross the river underneath.

The villagers blamed the operator for overloading the chairlift, which according to them, caused the deadly crash. The operator fled the scene after the accident and the police are looking for him.

In the evening, the villagers placed the coffins of the victims on the old Murree Road, blocking it in protest. They demanded that the authorities take action against the chairlift operator.

Chairlift accidents are common in the mountainous areas of the country, where lifts are often used to cross rivers. Four people drowned when a chairlift broke in Diamer district of Gilgit-Baltistan last month.