Bomber blows himself up among civilians fleeing Mosul

Bomber blows himself up among civilians fleeing Mosul

12 people are killed and more than 20 have been wounde­d, includ­ing women and childr­en
By AFP
Published: June 23, 2017
Tweet Email 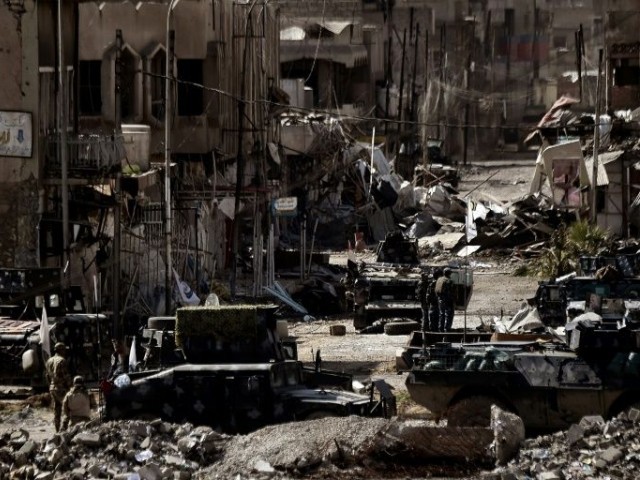 12 people are killed and more than 20 have been wounded, including women and children. PHOTO: AFP

MOSUL: A suicide bomber blew himself up on Friday among civilians fleeing Mosul’s Old City, where Iraqi forces are gaining ground against militants mounting a fierce but desperate defence, officers said.

Ahmed Hashem, a major and medic in the Iraqi army speaking to AFP from a field hospital, said the attack took place in the Mashahda neighbourhood of the Old City.

“We received 12 people killed and more than 20 wounded in our field hospital, including women and children,” he said.

A colonel in the army’s 16th infantry division said it was difficult to get a definitive casualty toll because the area where the attack happened was not fully cleared.

“The suicide bomber infiltrated a group of displaced people and blew himself up among them before reaching our troops,” he said.

Thousands of civilians have fled the Old City of Mosul since Iraqi forces launched their most perilous assault yet against the Islamic State group.

Around 100,000 more remain trapped by the militants, who have made human shields a key element in their defence of the Old City, their last redoubt in Iraq’s second city.

The security forces have been wary of Iraqi IS members attempting to flee the Old City death trap by blending in with the population, while the Chechen, French and other foreign militants stay behind to mount a suicidal last stand.