Forces have encirc­led the milita­nt group's strong­hold in the Old City of Mosul
By Reuters
Published: June 21, 2017
Tweet Email 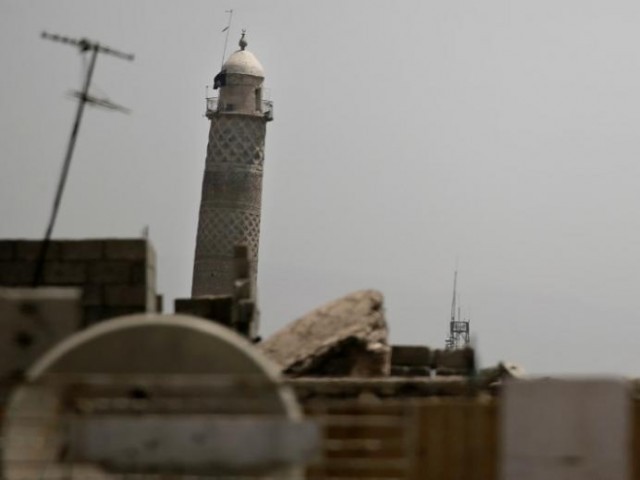 A black militant flag hangs from Mosul's Al-Habda minaret at the Grand Mosque, where Islamic State leader Abu Bakr al-Baghdadi declared his caliphate back in 2014, in western Mosul, Iraq May 29, 2017. PHOTO: REUTERS

IRAQ: US backed Iraqi forces said they began a push on Wednesday toward the mosque of Mosul, where Islamic State declared a self-styled caliphate three years ago.

The military said the forces had encircled the militant group’s stronghold in the Old City of Mosul, where the mosque is located, on Tuesday.

The battle for the Old City is becoming the deadliest in the eight-month old offensive to capture Mosul, Islamic State’s de facto capital in Iraq.