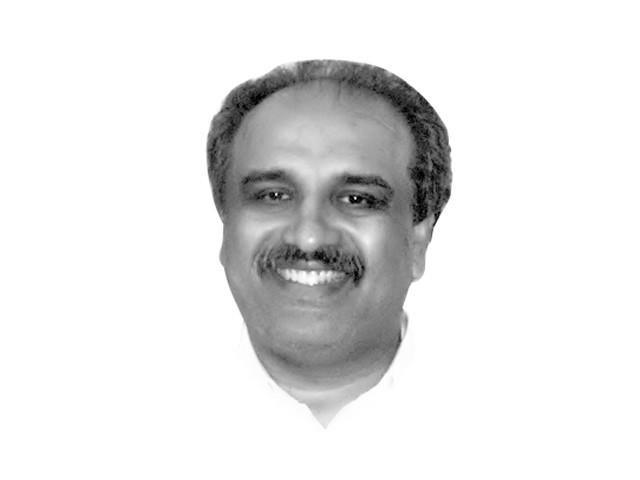 The writer is associate professor of anthropology, Middle East Studies and Asian Studies, at the University of Texas, Austin and is currently a fellow at the Institute of Advanced Study at Berlin.

The just ended month of March reminds us of many dates in our national history. March 23 is our national day when, in 1940, the Pakistan Resolution was presented by AK Fazlul Haq (Sher-e-Bangla), the same person who later became the chief minister of East Bengal, after the United Front routed the Muslim League in the March 1954 elections. This ministry was summarily dismissed in May, following ethnic and labour riots in East Bengal. Accusing the government of encouraging radical and anti-state elements, the Karachi-based political apparatus declared emergency, banned the Communist Party of Pakistan and sent Major General Iskandar Mirza to Dhaka to impose Governor’s rule.

If the language struggle of February 1952 was the first step, the dismissal of the United Front government made it clearer to a large percentage of East Pakistanis, that the West Pakistani elite was not willing to treat the province as an equal partner. The Awami League’s (AL) six points in the 1960s were a continuation of this sentiment of deprivation, inspired as they were by the United Front’s earlier demands for autonomy and parity. These six points asked for the supremacy of legislature, for the federal government to only retain defence and foreign affairs, for two freely convertible currencies (to safeguard against flight of capital from East Pakistan), for the authority to collect revenue by the provinces (the federal government would get its share), for two separate foreign accounts and, finally, for the right of provinces to raise their own militia. There was also a call for moving the naval headquarters to East Pakistan. This was not a secessionist argument, rather it was a response to the political maltreatment by West Pakistan, and a call for autonomy and equity, much in accord with the Pakistan Resolution itself.

In the December 1971 elections, the Awami League emerged as the largest party, and it had to be invited to form the government and initiate the process of constitution-making. Rather, between January and March of 1971, the ruling military junta twice postponed the dates for convening the National Assembly. It also started an incessant drive to portray the six points as a conspiracy to break up the country. It is ironic to note that the regime had earlier permitted the Awami League to conduct its campaign for an entire year on these very points. Somehow they became a problem after AL’s victory in the most fair and free elections held in the country.

This brings me to another date, March 26, the national day of Bangladesh. This past week was the fortieth anniversary of that dreadful night of March 25, 1971. Lest we forget, this night saw the most brutal of violence unleashed by a standing army on its own citizens. The horror of that night, when many Bengali intellectuals, academics, students, political workers and common people were killed, is an unwritten and unremembered part of our history. This was followed by nine months of continued killings, rapes and general mayhem, further alienating the East Bengali population from a solution that could have kept Pakistan together.

In official circles, this violence was justified to maintain the nation’s integrity. The path taken did not save the country from the ensuing death, destruction and subsequent division, along with the humiliation of surrender in December of 1971.  The only viable route was to convene the National Assembly session and respect the will of the people by handing power to the majority party. The Assembly could have voted for autonomy or secession, but it would have shown a democratic and peaceful way out of the impasse.

Another reason given for this intervention was to stop the killing of non-Bengalis. There is no denying that killings, rapes and other atrocities were perpetrated on non-Bengalis in East Pakistan, in early March. Many lost their lives in Chittagong, Saidpur, Dinajpur, Mymensingh and other places across East Bengal (even my own relatives). However, we also need to understand that the postponement of the assembly session, which was scheduled for March 3, had generated a lot of anger and angst among the Bengali populace who read this as a blatant denial by the West Pakistani governing elite of their right to form government. Archival material has shown that the then Governor of East Pakistan, Admiral SM Ahsan — one of the most decent and honourable public servants this nation has known — had earlier warned Islamabad that if the assembly session was postponed a second time, it would lead to widespread disturbances, including ethnic violence. Rather than heed his warning, Admiral Ahsan was summarily dismissed and relieved of his post on March 1, 1971.  As the intellectual Eqbal Ahmed wrote in 1971, clearly the saving of civilians was not the motive for intervention as the killings went on for three weeks prior to March 25, while the generals were seeking extra-parliamentary solutions to the crisis. On the contrary, the subsequent military action clearly increased the killing of Pakistani citizens (mostly Bangla-speaking), and also made millions cross the border into India as refugees fleeing the horror that had been unleashed in their homes. Indeed, every life is sacred, yet killings by vigilantes and excesses by political workers, cannot be morally equated to the actions of a state and an organised and professional military sworn to protect its own citizens.

Rather than blame a politician or an individual, we need to clearly comprehend how a non-elected military regime acted criminally against its own people in a moment of supreme national crisis. Collectively, we need to acknowledge this moment in our history, a period that has been systematically erased from national discourse and popular memory. A further and important issue is one of apology to the people of Bangladesh for the atrocities perpetrated by the Pakistani state machinery during 1971. During a recent visit to Dhaka, to attend a workshop on 1971, Bangladeshi colleagues acknowledged the atrocities committed on the non-Bangla speaking population during this period. The workshop also made evident that the Bangladeshi national history is by itself a contested terrain, yet the pain still lingers, the wound has yet to heal. Where is our acknowledgement of our past? Taking responsibility for the infliction of widespread trauma in 1971, along with an apology by the Pakistani state to the people of Bangladesh, may finally start a healing process, perhaps for both sides. It may also sensitise us to the horrors of war and destruction and make us adhere to the principle of ‘never again’.