The concep­t laptop will mostly be contro­lled using a stylus and voice comman­ds
By Tech Desk
Published: June 21, 2017
Tweet Email 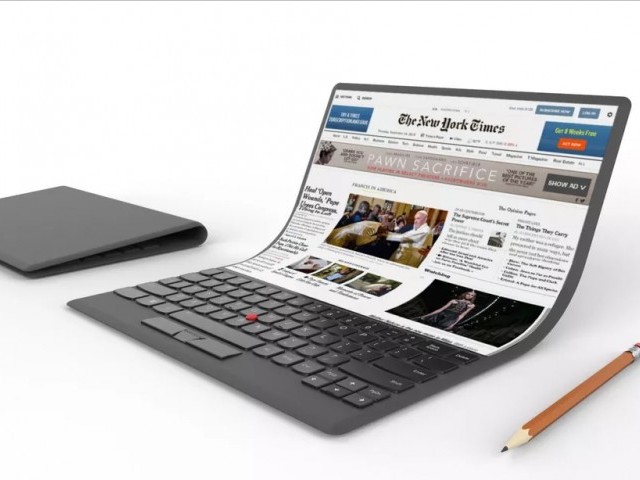 Lenovo is known for its exotic laptop designs and it seems the company is taking it up a notch with its latest concept device.

The PC maker revealed a new concept for a flexible ThinkPad laptop on Tuesday which will feature a screen that runs right up from the keyboard and can be folded to close the device.

Lenovo’s flexible laptop will feature an innovative new design abandoning the conventional hinge and trackpad in favour of a bendable touch screen.

The new concept laptop will also feature Lenovo’s signature ThinkPad pointing stick and will mostly be controlled using a stylus and voice commands. Lenovo says this concept would be achieved through “advanced materials” and “new screen technologies.”

Further, the laptop concept will also be “always connected, always on,” and would rely on what sounds like artificial intelligence to feed you information you need to know.

However, the biggest challenge for the revolutionary new laptop is the bendable display technology, which is still is at its initial stage and may not have workable product any time soon.

Trump to meet with top executives on wireless tech, drones