Areas in Bajaur, Mohman­d and Khyber agenci­es will be fenced in 1st phase
By Our Correspondent
Published: June 20, 2017
Tweet Email 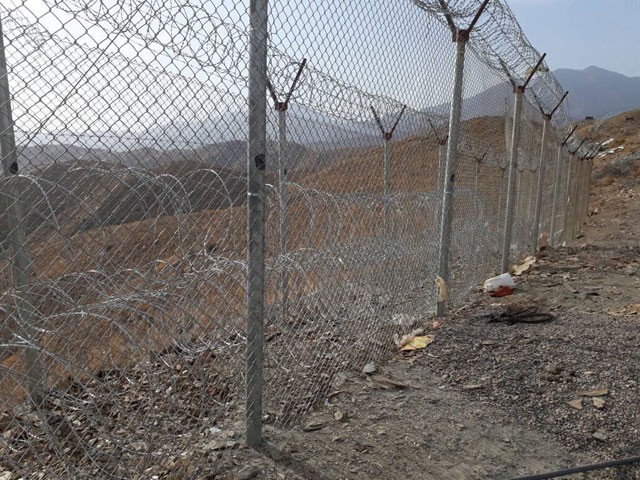 ISLAMABAD: Pakistan has started fencing its entire border with Afghanistan as part of efforts not only to regulate the movement of people but also to stop infiltration of terrorists between the long and porous frontier.

“Measures to improve security situation along the Pak-Afghan border continue. In line with the directions of COAS (chief of army staff), phased fencing of the entire Pak-Afghan border has commenced,” said a statement by the Inter-Services Public Relations (ISPR) issued on Tuesday.

In the first phase, high infiltration prone border areas in Bajaur, Mohmand and Khyber agencies are being fenced, said the military’s media wing. Whereas in the second phase, fencing of the remaining border areas, including Balochistan, will be executed.

“A secure Pak-Afghan border is in common interest of both the countries and a well-coordinated border security mechanism is essential for enduring peace and stability,” the ISPR stated.

A security official said that a 2,611km long border — 1,230km in K-P and 1,381 in Balochistan— with Afghanistan would be fenced. Of 1,230 in K-P, 237km high infiltration prone areas of Khyber Agency, Bajaur and Mohmand are being fenced in the first phase.

The fencing is part of the new border mechanism Pakistan has started implementing last year to check the infiltration of terrorists.

Apart from fencing, Pakistan no longer allows people without a valid passport and visa to enter the country through key crossing points.

But the move has been opposed by Afghanistan. The key border crossing at Torkham had to be shut down for four days in April last year after Afghan security forces fired at the Pakistani post to stop it from constructing the new gate.

Tensions between Pakistan and Afghanistan have been simmering for many months. Both sides accused the other of turning a blind eye towards the militant groups operating along their shared border.

China is believed to have decided to mediate between the two countries to resolve their differences. For this purpose, the Chinese Foreign Minister is expected to travel to Kabul in coming days.