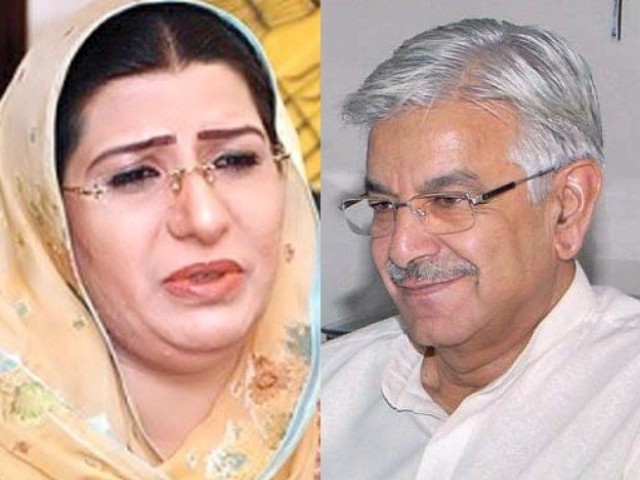 Over a year after Defence Minister Khawaja Asif submitted an unconditional apology in the parliament for his ‘sexist’ remarks against Pakistan Tehreek-e-Insaf (PTI) leader Dr Shireen Mazari, he has now targeted another female member of the party, Firdous Ashiq Awan.

The defence minister, however, did not target the male politicians joining the party and instead went on to cast slurs against the female politician.

“There is silver lining for Imran Khan, tractor trolley and newly acquired dumper can be used for hauling political garbage… no additional effort / expense,” Asif tweeted likening Awan to a ‘dumper’.

Targeting Mazari last year, the minister had pointed towards the PTI leader during a National Assembly session and said, “Someone make this tractor trolley keep quiet”, when she and other lawmakers protested against his speech on power outages during Ramazan.

Asif, who also holds the portfolio of water and power, ridiculed Mazari for her appearance and unusual voice. Surprisingly, he stubbornly refused to apologise for his unprecedented taunt. “I was heckled,” the angry minister said justifying his abusive comments. “It will be better if you first transform your masculine voice into a more feminine one,” Asif told Mazari during a water and power discussion in the National Assembly.