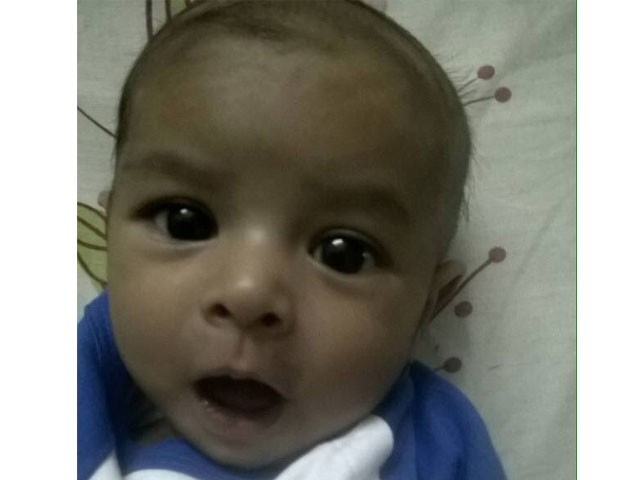 The Indian High Commission in Pakistan had issued visa to the child and his parents on the intervention of India’s External Affairs Minister Sushma Swaraj.

According to the Times Now, the infant has been admitted to Jaypee Hospital. “Rohaan has a hole in the heart along with a condition called D-Transposition of great arteries. In this condition, the heart and lung nerves come from the opposite direction and there will be no flow of oxygen-rich blood in the body,” explained Dr Ashutosh Marwah, who is currently handling the case.

“The disease should be treated soon enough because after 8 months it becomes untreatable, and the chances of death increases.”

The visa was issued after the boy’s father, who uses Twitter as ‘Ken Sid’, made a desperate appeal to the Sushma on social media to allow his son to be treated in India for ailment.

Why my bud suffers for medical treatment!! Any answers Sir Sartaaj Azeez or Ma'am Sushma?? pic.twitter.com/p0MGk0xYBJ

The Indian external affairs minister had responded by promising to issue the visa saying, “No. The child will not suffer. Please contact Indian High Commission in Pakistan. We will give the medical visa.”

Many Pakistanis frequently travel to India for medical treatment particularly for liver transplant and heart treatment. India has, however, tightened the visa policy for patients from Pakistan in the wake of simmering tensions between the two countries. New Delhi has made it mandatory for Pakistanis seeking media visa to provide covering letter from the Foreign Office.