WikiLeaks tweets reminder that 'US and UK had stolen NADRA records'

WikiLeaks tweets reminder that 'US and UK had stolen NADRA records' 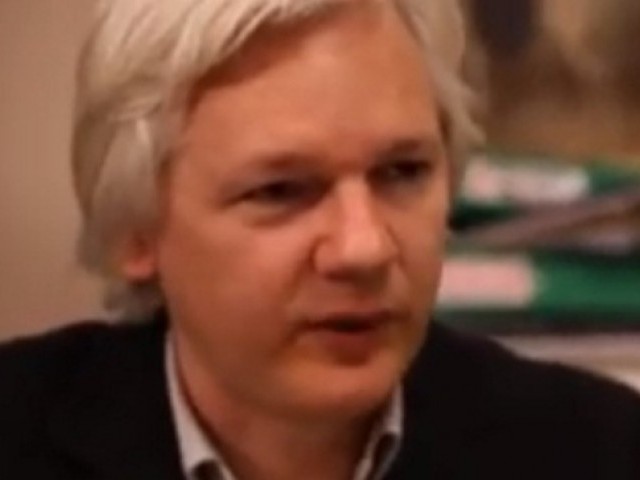 WikiLeaks, in connection with the recently leaked National Security Agency report leak, has shared its old revelation again that the United States and the United Kingdom had “stolen” Pakistani citizens’ identification records.

“We discovered a cable in 2009 from the US Embassy in Islamabad… Prime Minister [Yousaf Raza] Gilani and Interior Minister [Rehman] Malik offered to share National Database Registration Authority (NADRA) [records],” Julian Assange, the founder of the whistleblowing organisation, had informed Pakistan Tehreek-e-Insaf (PTI) chairman Imran Khan while interviewing the latter in 2013.

Assange claimed that a front company, the International Identity Services, was set up in the UK and hired as consultants for NADRA to “squirrel out data for all of Pakistan”. “It seems to me that that is a theft of some national treasure of Pakistan, the entire Pakistani database registry of its people,” he said.

In a tweet, the organisation shared the link to the interview’s complete transcript saying: “If yesterday’s NSA report is accurate it is not unusual; US and MI6 [British spy agency] set up a front to steal all of Pakistan’s voters.”

If yesterday's NSA report is accurate it is not unusual; US+MI6 set up a front to steal all of Pakistan's voters https://t.co/T0Gc6hyyHr pic.twitter.com/oERYoferNo

Commenting on the disclosure, the PTI chief had told Assange: “It’s the most shameful period of our history. Never has a country’s ruling elite betrayed its people so much as this current ruling elite – and for personal benefits, because all of them have bank accounts abroad, they have money lying abroad – and guess what? ‒ the Americans know all about the accounts. They’re illegal, money siphoned off from here.”

The cable cites the then interior minister Rehman Malik as telling the then Department of Homeland Security secretary Janet Napolitano that his ministry had already submitted for legal review the possibility of sharing passenger name record data on passengers traveling to and from Pakistan to the U.S. and Canada.