Delega­tes from around two dozen countr­ies includ­ing US, India, China, Russia will conver­ge in Afghan capita­l
By Our Correspondent
Published: June 6, 2017
Tweet Email 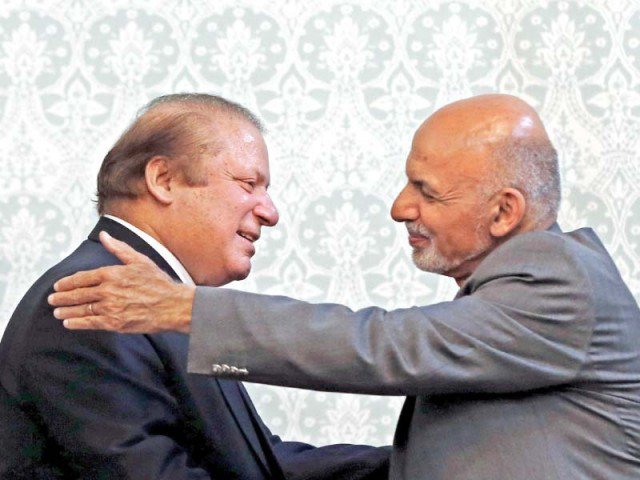 ISLAMABAD: Senior foreign ministry officials will represent Pakistan at an international conference, ‘Kabul Process’, aimed at finding a political solution to the lingering conflict in Afghanistan.

Delegates from around two dozen countries, including the United States, Pakistan, India, China, Russia, Iran and central Asian and European countries, are gathering in Kabul today (Tuesday) to discuss the current Afghan situation.

The initiative has been taken by Afghan President Ashraf Ghani as his administration is facing a daunting challenge to stabilise the country in the face of growing threats posed by the Afghan Taliban as well as Da’ish.

Kabul to host peace summit after week of deadly violence

Last week, Afghanistan was rocked by massive terrorist attacks when insurgents struck twice in the high security zone of the capital. The increased attacks prompted anti-government protests, with many calling upon the unity government led by Ashraf Ghani and Abdullah Abdullah to step down.

A Foreign Office official said Pakistan was attending the conference as part of its consistent approach that a solution to the Afghan problem could be found through Afghan owned and Afghan led peace process.

Additional Secretary Tasnim Aslam and the director general Afghanistan, Iran and Central Asia at the Foreign Office will represent Pakistan at the conference.

After the recent deadly attacks, the Afghan intelligence agency, NDS, alleged that the attacks had been planned by the Haqqani network in Pakistan with the support of ISI.

Pakistan strongly rebutted the charge and Prime Minister’s Adviser on Foreign Affairs Sartaj Aziz said such an approach would not auger well for the relationship as well as for peace efforts.

“Following the brutal terrorist attack in Kabul on May 31, 2017, we have witnessed with serious concern baseless accusations against Pakistan by certain elements inside and outside Afghanistan, made within minutes of the attack and obviously before any investigation,” Aziz said in a strong rejoinder on Sunday.

This accusatory approach, he said, was instigated by those who had no interest in peace and stability in Afghanistan and their malicious agenda is to damage Afghanistan-Pakistan relations and the cooperation initiatives recently gaining momentum.

“Pakistan has condemned the Kabul terrorist attack in the strongest terms. Being a victim of terrorism, we feel the pain and agony of the Afghan people,” he said.

“Afghanistan faces serious internal challenges, including growing violence caused by insurgency, expanding foothold of Da’ish and other terrorist groups exploiting the country’s ungoverned spaces,” he pointed out, adding that levelling allegations against other countries only “signifies a tendency to externalise the internal challenges faced by Afghanistan.”

Against the backdrop of simmering tensions, the Afghan leadership is likely to use the Kabul conference to point fingers at Pakistan.