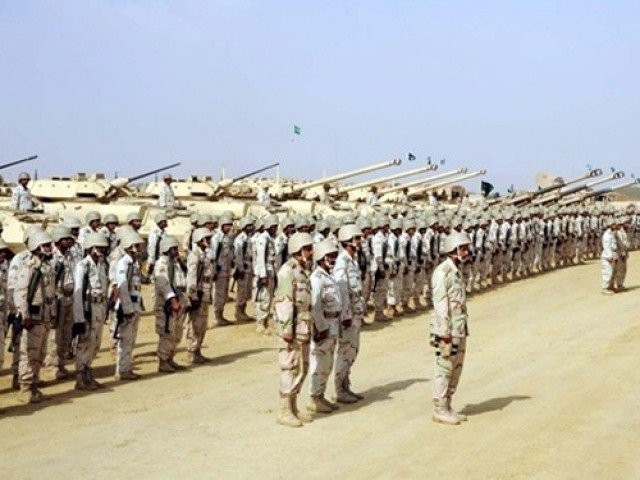 ISLAMABAD: The government has decided to take the issue of joining the Saudi-led 41 nation military alliance against terrorism to parliament in a calculated move to ensure a delicate balance in a crucial foreign policy decision that has huge repercussions for Pakistan.

In principle, Islamabad agreed to be part of the Islamic Military Alliance against Terrorism (IMAT) as it already granted permission to former army chief General (retd) Raheel Sharif to head the grouping.

However, the extent of Pakistan’s participation in the alliance has yet to be decided. In the wake of the recent Arab-US summit in Riyadh where Saudi leadership used the occasion to target Iran, the country’s civil and military authorities have decided to tread a careful path.

There has been a realisation within the policymakers that the alliance would create further sectarian divisions, said officials familiar with the development.

One official said Pakistan was stuck between the ‘devil and the deep blue sea’ meaning that neither it could say completely ‘No’ to Saudi Arabia nor could afford antagonising neighbouring Iran.

“So, we are trying to find a middle ground. We want to ensure a balance in our ties with Saudi Arabia and Iran,” the official explained.

In order to achieve that difficult task, the official said the government would present the terms of reference (ToRs) of the military alliance before parliament for approval.

The thinking behind this move is to use the leverage provided by parliament to set certain limits as far as Pakistan’s participation in the activities of Saudi-led military alliance is concerned.

The government has already made it clear that member countries are free to decide the activities they would want to become part of it in the alliance.

This, according to officials, has provided a room to the government to set clear guidelines.

Given the tricky situation facing Pakistan, the government has drawn certain ‘red lines’ that seek to ensure that it does not become part of any initiative aimed at any other Muslim country.

“We cannot side with any party to create rift within the Muslim Ummah. We don’t want to align ourselves with any alliance which is against other countries because that’s part of our policy,” commented ruling party senator Lt Gen (retd) Abdul Qayum.

In 2015, the government also took the Saudi request seeking Pakistani troops for its campaign in Yemen to parliament.

The National Assembly and Senate passed a unanimous resolution urging the government to stay away from the conflict involving other Muslim countries while at the same time reiterating full support to Saudi Arabia’s territorial integrity and sovereignty.

The move, however, caused an unusual strain in Pakistan’s ties with Saudi Arabia and other Arab countries.

Opposition parties—Tehreek-e-Insaf and Peoples Party—have insisted that the April 10, 2015 joint resolution of Parliament should serve as a guideline for the government.

The adviser assured that the government would seek rectification of Parliament before taking a final decision on the Saudi-led military alliance.