Usman Ali was given two option­s by his employ­er: leave his job perman­ently for his exams or meet the produc­tion target­
By Fawad Hasan
Published: June 2, 2017
Tweet Email 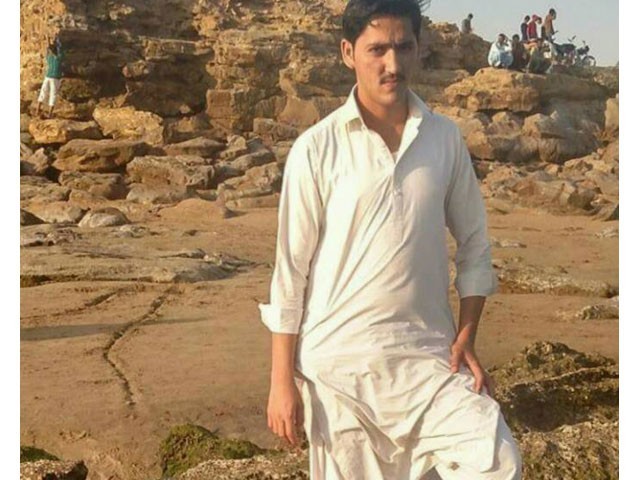 Usman Ali, was given two options by the Khaadi management: leave his job permanently for appearing for his exams or continue toiling in the factory to meet production target. PHOTO: Express

KARACHI: In April this year, Usman Ali, who had been working at arguably the country’s biggest clothing brand Khaadi for almost two years, requested the management to allow him a few leaves for his intermediate examinations. He was given two options: leave the job permanently to study for exams or continue toiling in the sweatshop to meet the production demand.

“I couldn’t lose my job as I have to support my family. Therefore, I decided to stay at work and abandon my studies,” Ali, who worked in Khaadi’s Karachi factory, said.

The 22-year-old was like many other college students in Karachi, juggling study and work in order to secure a stable future.

“I wanted to work hard to support my family and finish my studies to make a future for myself. I always believed that hard work pays off. But in my case, it didn’t,” said a visibly disheartened Ali, one of the victims of Khaadi’s alleged mass firing spree. 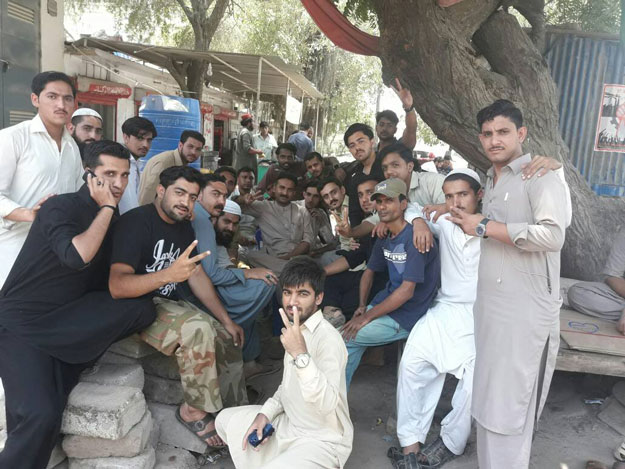 Khaadi workers protesting outside its factory where doors were shut on them because they had said the company was not allowing them to form a union. PHOTO: NTUF

“Never did it cross my mind that I would be fired by the company I had sacrificed so much for just because I had asked its owners to give me my basic rights,” he said.

Ali, who used to stitch kurtas for the brand, says he started out with producing 80 units per day. The target set by the management kept increasing and became 400 units, an uphill task for him which he had to meet even if he had to stay back at work for hours.

Over the past few days, Khaadi has been in the spotlight over allegations of mistreating workers and exposing them to inhumane conditions.

Demonstrations were held in Karachi and Lahore by the company’s workers and activists who called upon the brand to acknowledge their wrongdoing. The brand allegedly fired 32 workers from its factory because they demanded the minimum wage.

#khaaadi workers on protest against its management victimizing just for organizing as union and demanding their legal rights pic.twitter.com/zPFhnGOF9k

The brand is also accused of mistreating workers, forcing them to work 14-hour shifts and not allowing them to take bathroom breaks.

Khaadi refutes the allegations as baseless rumours and initially said it had no intention of firing 32 workers. Later, the company changed its stance and said that the labourers were not the company’s employees; rather working on a third party contract. It changed its statement for the third time, saying the 32 workers had resigned willingly.

“We were forced to resign and offered money to leave the factory quietly. A manager threatened us that if we didn’t comply, he will get us picked up by the law-enforcement agencies,” claimed Ali.

The worker said he and his fellows would not let their struggle go in vain and hoped for a legal case to be filed against Khaadi with the help of the National Trade Union Federation (NTUF).

“I have no other option now as I’ve already skipped my exams and lost my job too. A struggle is the only thing I am left with,” he added.

When asked about the legality of the issue, Nasir Mansoor of the NTUF, who has been assisting the workers in their legal fight, said it was written in the Sindh Terms of Employment (standing order) Act that labourers had 32 annual leaves at their disposal. “Usman was clearly denied of his right to take the leaves and carry on with his studies,” he said.

“Khaadi has changed its statement thrice and are now pressuring the workers not to speak against the company. The mentioning of a third party contract and vendors proves that Khaadi is running its factory in violation of the set rules,” Nasir maintained.

“The Supreme Court’s landmark verdict in 2011 had asserted that employing workers through a third party contract is a scam which relieves the employers of its responsibilities.”

When contacted, a Khaadi spokesperson said  a company named TexMark was the right party to talk to about the matter as the employees were not hired by Khaadi. Imran Shiwani of TexMark, speaking to The Express Tribune, refuted the allegations leveled by the workers and said they had resigned willingly after receiving their due payments.