Chairs second meetin­g on energy crisis in as many days
By Sardar Sikander
Published: May 31, 2017
Tweet Email 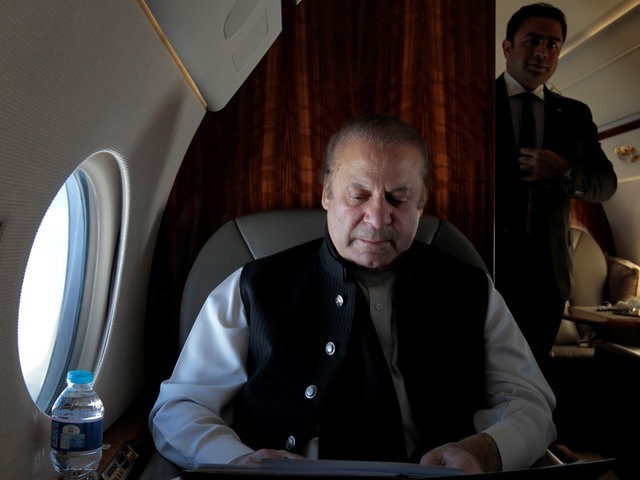 ISLAMABAD: Amidst growing protests over prolonged and unannounced power outages across the country, Khyber-Pakhtunkhwa and Sindh in particular, Prime Minister Nawaz Sharif on Tuesday directed inclusion of provincial representatives in matters related to the power sector.

He issued the directives while chairing a meeting of the Cabinet Committee on Energy (CCE) –- the second in as many days.

“The prime minister emphasises on the inclusion of provincial representatives in decision making on important issues related to the power sector,” a statement from the PM House on the CCE meeting said.

Official sources privy to the meeting told The Express Tribune that the premier shared his concerns over protests against extensive power outages, especially in Sindh and K-P, with the officials concerned.

“Before the situation takes an ugly turn, we need to do something. The sooner the better,” sources quoted Sharif as having said.

He was reportedly referring to the killings of two people on Monday during protests against load-shedding in the Malakand Division of K-P. Apart from different parts of the province, protests also erupted in parts of Sindh, including Karachi and Hyderabad, over load-shedding that added to pubic woes during the holy month of Ramazan amidst an ever-rising temperature.

The PML-N leadership is reportedly of the view that growing protests alongside a crucial probe being carried out by the Joint Investigation Team (JIT) to determine, if any, the involvement of the Sharif family in the Panamagate can brew problems for the ruling party.

“At a time when the Supreme Court has shared strong observations, asking the members of the Sharif family to act in compliance with the JIT’s functioning, the opposition can get a chance to further weaken the government by exploiting public sentiment that has already been fuming due to load-shedding. Things can head to a disaster, if not responded to in time,” said a PML-N MNA, requesting anonymity.

Apparently, the decision to include provincial representative in the decision-making process was taken to redress the grievances of the provinces over the issue of power outages.

The statement said the meeting was a follow-up on urgent measures being carried out to reduce load-shedding.

In an implied indication that Sharif was not happy over alleged figure fudging regarding power shortfalls by water and power officials, the statement said the prime minister “directed for the calculation of accurate figures for estimated power demand and expected supply from the existing as well as under implementation plants over the next 12 to 36 months”.

He also directed for re-verification of the amount of circular debt “from third party auditors so as to ascertain claims attributed to fuel payments, line losses and other factors”.

Heat is on: No respite from load-shedding in Ramazan

Water and Power Secretary Younas Dhaga briefed the meeting that detailed working had been undertaken on the utilisation of all installed capacity.

During the CCE meeting on Monday, Sharif came down hard on the water and power authorities, directing them to follow minimum load-shedding schedule in the holy month, sources told The Express Tribune.

The water and power officials briefed the prime minister about load-shedding scenario and steps taken to deal with the situation.

Sources privy to the CCE’s Monday meeting said the prime minister was not happy because the water and power authorities had assured him during a CCE meeting held last month that power outages would reduce in the days ahead, which did not happen.

“If I am not wrong, I was told last month in the same meeting that unexpected rise in temperature resulted in instant increase in the demand of power while the required amount of water was not available in dams that hindered the power generation and that the situation would improve in the coming days.

“This looks to be far from happening and there isn’t much we have done. Why?” the prime minister asked the top water and power officials, including Federal Minister Khawaja Asif and the water and power secretary while referring to the CCE meeting of April 18 where he directed to minimise load-shedding, the insiders said.

Karachi power breakdown: Sindh CM reminds Centre he had warned it could happen

The officials concerned cited extreme hot weather as one of the reasons behind power outages.

“This happens every year. The temperature goes up and so do power outages. This shouldn’t continue. We have to materialise our promises to end load-shedding. It’s high time,” the premier reportedly said in an implied yet obvious reference to the general elections scheduled for next year.

Meanwhile, the Sindh High Court has directed the National Electric Power Regulatory Authority (Nepra) to take action against K-Electric if it fails to comply with the regulatory body’s earlier directive to provide electricity to bill-paying consumers without discrimination.

A two-judge bench, headed by Justice Irfan Saadat Khan, issued the directives in a two-page order released on Tuesday. The court had earlier reserved the judgement on Monday in a petition filed by a group of non-profit organisations, seeking a judicial inquiry into the deaths of more than 1,000 Karachi residents during the 2015 heatwave which was coupled with massive power outages.

“Needless to state that in case of non-compliance of K-Electric authorities, Nepra authorities would be at liberty to take appropriate action in accordance with the law against K-Electric,” the order read.

The miseries of the residents of Karachi have been compounded since the beginning of Ramazan and will continue for at least two to three more days due to a recent wave of rotational load-management spells started by K-Electric.

The power crisis in Karachi has worsened in the past three days, leaving Karachiites to suffer due to long hours of load-shedding despite sweltering heat.

In Quetta, people took to the streets to protest prolonged load-shedding and blocked the Sindh-Balochistan National Highway, on Tuesday. They were protesting over unannounced load-shedding for more than five hours and took different protest rallies.

In Peshawar, K-P Governor Iqbal Zafar Jhagra directed the Peshawar Electric Supply Company (Pesco) to ensure that power outages remain at a minimum during the holy month of Ramazan.

Chairing a high-level meeting with Pesco Chief Shabbir Ahmed Gillani and other senior officials on Tuesday, Jhagra said: “Pesco should make its administration more transparent and responsible in order to improve its performance.”

[With additional input from our correspondents in Karachi, Quetta and Peshawar]

Over 49,000 IDP families still waiting to return to Waziristan