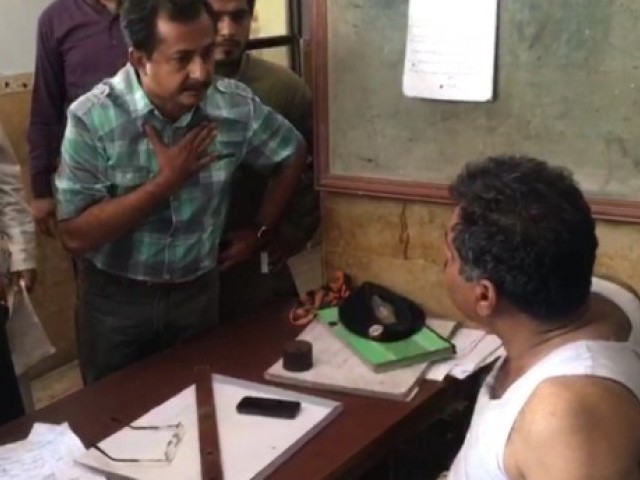 KARACHI  : Ten workers of the Pakistan Tehreek-e-Insaf (PTI) along with the party’s District West president, Advocate Attaullah Khan, were arrested on Sunday by the SITE-A police after they held a protest outside the K-Electric (K-E) office in SITE’s Metroville area.

They were protesting widespread power outages across the city during the first sehri of Ramazan. According to senior party leader Haleem Adil Sheikh, who helped get the workers released, the arrests were a form of oppression against the masses in the holy month of Ramazan.

What the people were doing was just a protest, which is their basic right, but even our police stand with the K-E mafia, he accused.

Sheikh said the workers were arrested after senior K-E officials summoned the police to remove the protesters from outside the power utility’s office.

Sheikh said both the federal and provincial governments should take K-E to task, as it has become an East India Company. The ruling Pakistan Peoples Party itself is protesting these days but whenever someone protests against K-E, the police instantly take action, which means the government is behind this load-shedding, Sheikh accused.

He also claimed that the SHO tortured their party workers who were fasting. According to Sheikh, this is not the way to deal with peaceful protesters and K-E is making people miserable, while the police continue to protect them.

Sheikh told The Express Tribune that when he reached the police station he was surprised to see SHO Gul Hassan Abbasi out of uniform, sitting on his seat wearing only a vest and shalwar. When contacted, SHO Abbasi said the only thing he could say was that the party workers were arrested for violating the law.

Making a living in sports, the Muhammad Asif way