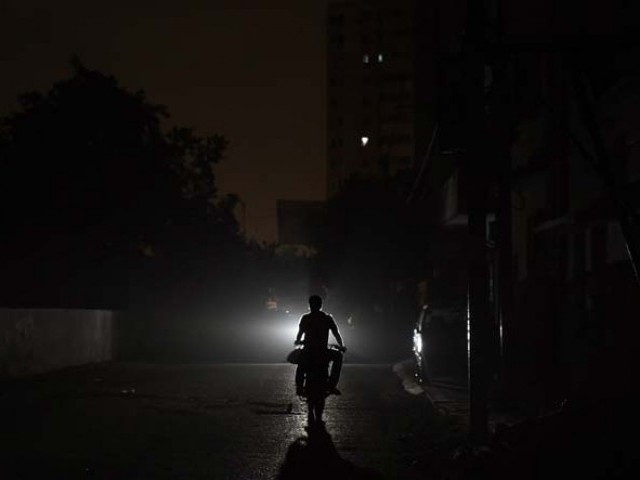 A two-judge bench of the Sindh High Court will announce its order today. PHOTO: AFP

KARACHI: The Sindh High Court (SHC) on Monday reserved its verdict on a petition against ‘unannounced’ power load-shedding being carried out by K-Electric (K-E) in parts of Karachi.

The SHC’s two-judge bench, which heard a petition filed by civil society members seeking judicial inquiry into the deaths of as many 1,000 citizens during the heatwave and prolonged power outages in the city in 2015, will announce its order today.

The court had, last week, directed K-E authorities to appear in person to explain the measures they were adopting to control the unannounced power suspension in the metropolis.

Meanwhile, Jamaat-e-Islami (JI) leader Hafiz Naeemur Rehman has also filed a petition in the SHC against the K-E management for carrying out power cuts in the city. K-E CEO, Federal Ministry of Water and Power, Sindh chief secretary, National Electric Power Regulatory Authority (Nepra) and others have been named respondents in the plea.

The petitioners, including singer Shahzad Roy, said that over 1,000 persons had died and 40,000 others had suffered heat-strokes during the heatwave but, despite several warnings, the federal and provincial governments failed to understand the seriousness of climate change. They blamed the federal and provincial governments for not declaring a state of emergency until June 23 – when 426 people had already died.

The petitioners claimed that K-E had failed to provide uninterrupted power supply that could have eased the suffering of the citizens. Therefore, they had pleaded to the court to constitute a judicial commission, headed by a retired judge of either the high court or supreme court, to establish reasons for the deaths and hold the government functionaries responsible for their failure in taking preventive measures. The court was also requested to ascertain K-E’s role during the heatwave, as it had failed to provide uninterrupted supply of power to citizens.