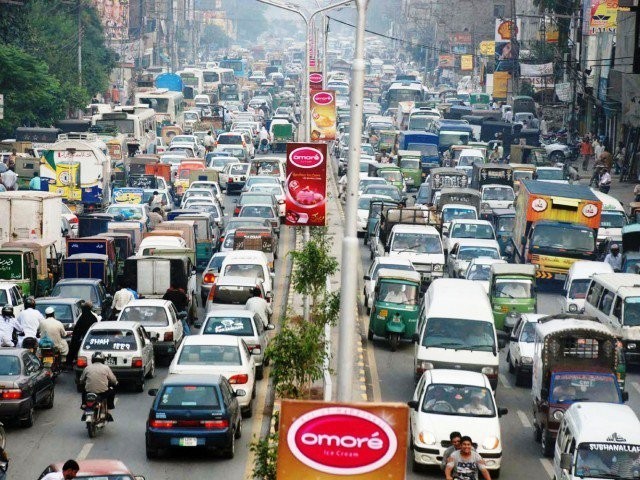 LAHORE: In order to provide traffic updates and improve coordination with citizens, the City Traffic Police Lahore (CTPL) in collaboration with Punjab Information and Technology Board (PITB) will launch an Android application called Road and Streets Traffic Awareness (RASTA).

Plan in place to control traffic flow in Ramazan

It was decided in a meeting held between the officials of the PITB and CTPL, including Chief Traffic Police Officer (CTO) Rai Ijaz Ahmad at the Arfa Kareem Technology Park Tower. The officials also discussed functions of the application.

Ijaz told The Express Tribune that the officers who conducted the meeting belonged to a core group which had used the app in the pilot project. They shared their suggestions and experience during the meeting. He added that the app would have six features, including traffic updates, e-licensing, e-challanning, FM Radio and complaints.

In news, events and traffic advisory, CTPL will inform commuters on traffic plans due to pre-decided functions or programmes. For example, if there is a match at the Qaddafi Stadium, they would update its schedule and issue instructions as per the traffic plan.

According to the traffic advisory, the citizens will be facilitated with different traffic routes they can take to reach their destinations in estimated time. In feedback, citizens can register their suggestions or complaints about wardens’ behaviour, licensing facility or traffic issues in any locality etc. They can also upload pictures, videos or send messages for their feedback.

This Ramazan take an alternative route, avoid the rush

The CTPL road safety unit will send an SMS to license holders for traffic education and awareness, said Ijaz, adding that one use of the app was specified for citizens and other was for wardens. That part would be used by CTPL for their departmental management.

“We have planned to launch it before Eidul-Fitr,” said Ijaz. “Once it is finalised, they will register it with Google Play store from where citizens can download it after entering their computerised national identity card number.”