Women need to prove themselves in this man’s world

Women need to prove themselves in this man’s world

Parlia­mentar­ians say they need to do more to prove themse­lves
By APP
Published: May 26, 2017
Tweet Email 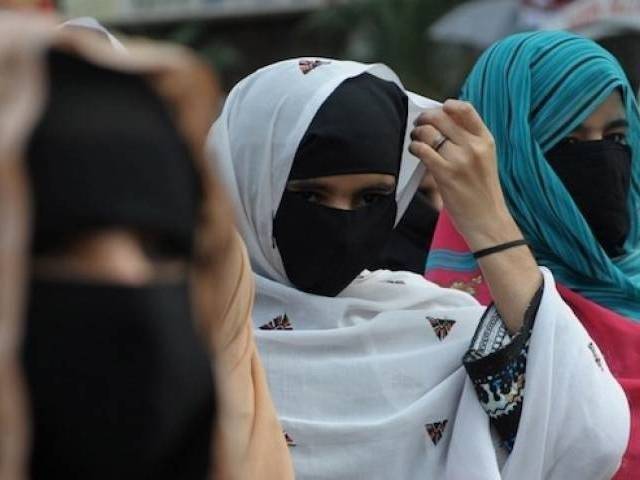 Parliamentarians say they need to do more to prove themselves. PHOTO: AFP

ISLAMABAD: Women should have greater meaningful participation in the democratic process at both the voter and candidate level in the upcoming general elections in 2018.

This was resolved by speakers at the national conference on `Women’s Political Emancipation: The Future of Pakistan’. The conference had been organised by Aurat Foundation and Oxfam with support from the Australian government.

They stated that women have to work tirelessly in their constituencies to prove themselves as eligible to be at the forefront of the selection lists for political parties to hand out tickets.

While there are 60 reserved seats for women in the 342 seats national assembly, there are only nine women who were elected to the house on general seats. Of these four MNAs belong to the ruling Pakistan Muslim League-Nawaz in Punjab while the remaining five belong to the Pakistan Peoples Party from Sindh.

Sindh Assembly Deputy Speaker Shehla Raza said that women have to face a number of challenges in politics whether they hail from the rural or urban background.

“Women do not have it easy anywhere. People think in cities we have it good but we have crossed many seas to get here,” she said.

She stated that until general public recognises women as legitimate candidates, they will not vote for them.

Moreover, Raza said that women politicians must develop their political roots amongst the public, listen to the problems of the people, raise their issues, work to redress their grievances to build a strong and long-standing link with them – just like the male politicians.

“It is not justified when women complain over not being selected for winning seats by their parties if their male counterparts have recognition and roots among the public for their services,” she said.

Referring to measures taken in her province, Raza said that the Sindh Assembly had recently passed legislation which criminalised domestic violence rather than considering it a family matter. She added that it was a great achievement not only for the province but also for women in the country.

However, she said that law making alone would not serve the cause of empowering women until and unless politicians create awareness among women to raise their voices for rights, sensitise the police, families, physicians and other concerned stakeholders to fulfil their responsibilities for protecting women rights on equal terms.

“There is a glass ceiling between women parliamentarians on reserved seats and those on general seats. We must hold hands and be role models,” she urged.

MNA Naeema Kishwar, a member of the Parliamentary Committee on Electoral Reforms, said that legislation ensuring that political parties allocate five per cent of their general seat tickets for women is expected to be passed in a special session expected to be summoned next month after the budget session.

“In the upcoming 2018 elections, results will be computed according to gender, so we would receive accurate data on women voter turnout,” she hoped.