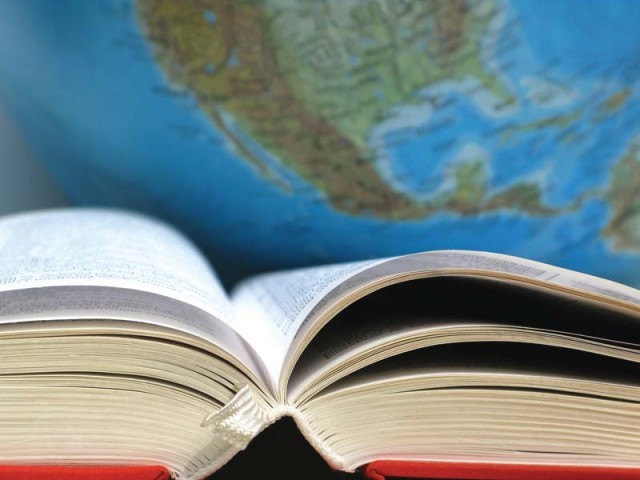 Speakers note Pakistan ranks near top of the table on illiteracy.

ISLAMABAD: Literacy rate in the country saw an annual drop of 2.0 per cent to 58 per cent during fiscal year 2015-16 — a level last seen in FY2013-14 when the current PML-N government came into power, official figures released on Thursday revealed.

The situation has turned out to be an embarrassment for the federal government as it skipped mentioning figures of FY15 in the Pakistan Economic Survey 2016-17 which were better than the year FY14, just to avoid criticism. This scribe found the missing figures from previous year’s records.

The decline in literacy rate has been witnessed in Sindh, Balochistan and Punjab while it remained stagnant in Khyber-Pakhtunkhwa (K-P).

The drop is also being termed as a setback for the Ministry of Federal Education and Professional Trainings which had been painting a rosy picture of the education sector.

Interestingly, the total number of enrolments at the national level during FY16 stood at 46.2 million as compared to 43.9 million during FY15, reflecting an increase of 5.0 per cent.

The urban-rural gulf is still wide in terms of literacy rate – standing at 74 per cent in urban areas and 49 per cent in rural areas, pointing to the widening gap between rural and urban education systems. Moreover, the overall literacy rate among the male and female populations is 81 per cent and 68 per cent respectively. A similar trend is glaring in all provinces.

Public sector expenditure on education as percentage of the gross domestic product (GDP) is increasing at a snail’s pace with an estimation at 2.3 per cent during the FY16 as compared to 2.2 per cent in FY15.

Educationists and national campaigners have been pressing the government to allocate 4.0 per cent of GDP to the education sector. The figure was 2.1 per cent in 2013-14.