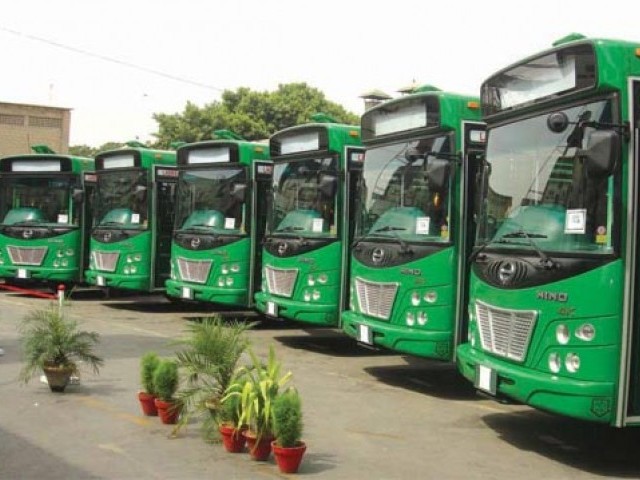 ISLAMABAD: The federal government has proposed roughly Rs25 billion for Karachi projects in the next budget, which will fully cover the remaining federal share in two critical schemes of bus transit and bulk water supply. Road projects, however, would remain partially funded.

In the federal Public Sector Development Programme (PSDP) 2017-18, the federal government has provided the required allocations for Green Line Bus Rapid Transit System and Greater Karachi Water Supply Scheme, known as K-IV, addressing one of the contentious issues between the Centre and the provincial government.

The Green Line Bus Rapid Transit System project has been given Rs13 billion for the next fiscal year, which will fully cover the remaining cost of the scheme. The project had been originally approved three years ago and Rs13 billion have already been spent on it.

In April this year, the federal government approved a revised green line bus rapid transit (BRT) project at a cost of Rs24.6 billion for the country’s largest metropolitan. It revised the cost of Karachi metro bus project upwards by 52% to Rs24.6 billion in addition to approving changes in its design.

The project starts from Karachi’s Surjani Town area and would go all the way to the Central District business area in Saddar. The federal government is fully funding the project.

The Sindh government had formally inaugurated the much-needed Greater Karachi Bulk Water Supply Scheme last year. It had awarded the contract to the Frontier Works Organisation (FWO) for early completion of the scheme. The total project length is 118.57 kilometres and is spread over canal lining, intake structures and reinforced concrete cement and mild steel siphons.

However, another Karachi project – Greater Karachi Sewerage Plant S-III – has been given Rs1.5 billion out of remaining requirements of Rs2.4 billion. The total federal share was Rs4 billion out of Rs8 billion cost. This project has been going on for the last ten years.

Similarly, for construction of Lyari Expressway Rs500 million have been proposed for next fiscal year out of the remaining financing requirement of Rs1.72 billion. The total cost of this project is Rs11.5 billion and an amount of Rs9.8 billion has already been spent on it.

Another important project – the Lyari Expressway Resettlement Plan – could not get due importance as only Rs100 million have been allocated out of remaining requirement of Rs594 million. This project is also under implementation since 2008 and the federal government had committed to provide Rs4.6 billion.

The completion of the federal funded projects in Karachi is important for the PML-N government to win support in the metropolitan. Sindh Governor Mohammad Zubair on Tuesday met with Finance Minister Ishaq Dar and sought his support for these schemes.

Dar had assured that the federal government fully supported efforts for economic development in Sindh and announced schemes would be given due funding. Dar also said the government planned to raise the allocation for PSDP in the coming budget, and all provinces of the country including Sindh would benefit from this increase in terms of development activities and people’s well-being.

The federal government has also included some new road projects in the next year’s PSDP. It has proposed dualisation of Indus Highway balance portion under CAREC -Jamshoro-Sehwan section of 135 kilometre and Darra Sare-e-Gambila 164 kilometre. It is an unapproved project having an estimated cost of Rs101 billion and the government has proposed Rs5 billion allocation for next fiscal year.

For dualisation of remaining section of Indus highway another Rs30.5 billion project is being processed and the government has proposed Rs8 billion allocations for next fiscal year. Similarly, the Rs175 billion worth project of Sukkur-Hyderabad section of 296 kilometre is also proposed for next year. But the government has kept only Rs2.5 billion for next year. This project is also unapproved.