Taha Siddiq­ui report­edly receiv­ed a call from state agency to appear in person for interr­ogatio­n about his posts
By News Desk
Published: May 22, 2017
Tweet Email 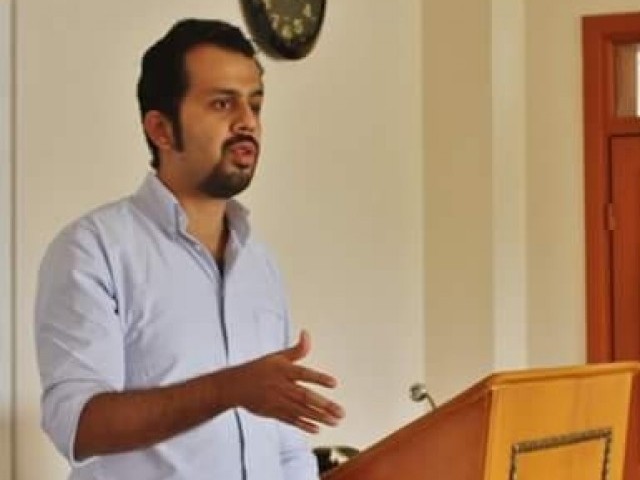 Taha Siddiqui had reportedly received a call from state agency to appear in person for interrogation about his writings. PHOTO: FACEBOOK

Siddiqui, who is affiliated with World is One News, says he received a call from the state agency asking him to appear in person at their office for an interrogation. “The caller who introduced himself as Noman Bodla from the Counter Terrorism Department of the FIA demanded that the petitioner may appear before him at the FIA Headquarters for an interrogation,” Taha wrote in his petition.

On questioning why the journalist had to appear before the agency, the caller hinted that the “interrogation concerned issues and opinions Taha had written involving his professional work”.

The journalist urged the court that his professional work was publicly accessible and he need not appear at the FIA Headquarters for the interrogation.

I feel I m being targeted for reporting abt army w/out selfcensorship. Freedom of speech not crime but democratic right. I'll not b silenced

Taha further said he has been noticing surveillance since the day he received the threatening call. “Since the phone call, the petitioner has noticed that plain-clothed persons have conspicuously been pointing at his house at which the petitioner has taken due precautions of making certain that his movements are restricted or known to his family and friends so that the caller along with others may not act in an illegal manner,” he wrote.

On May 20, FIA first arrested some people to question them regarding their social media posts against the armed forces and state institutions and later released them.

The action was taken by the Counter-Terrorism Wing of the FIA instead of its Cyber Crime Wing, sources told The Express Tribune. According to sources, the arrests were made from several parts of the country. More arrests are likely to take place in the coming days, they added.
They said around 22 people, mostly from the PTI and the PML-N, were taken into custody by the FIA for interrogation regarding their posts on social media. However, the figure could not be confirmed by the FIA.

Interior Minister Chaudhry Nisar Ali Khan had ordered the Cyber Crime Wing of the FIA to take action against all those dishonouring Pakistan Army through social media.