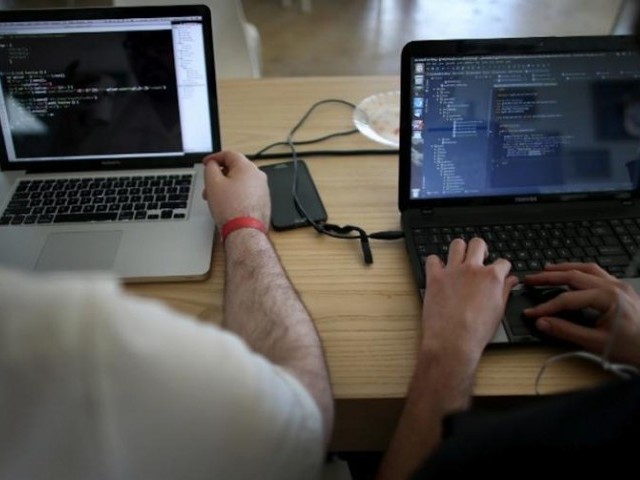 ISLAMABAD: Sunday saw big drama when the Federal Investigation Agency (FIA) first arrested some people to question them regarding their social media posts against the armed forces and state institutions and later released them.

Strangely, the action was taken by the Counter-Terrorism Wing of the FIA instead of its Cyber Crime Wing, sources told The Express Tribune on Saturday.

A top FIA official, on the condition of anonymity, said six people were summoned for questioning by the agency for their tweets and posts against the armed forces on social media. However, the agency did not formally charge anybody or make any arrests, the official said.

According to sources, the arrests were made from several parts of the country. More arrests are likely to take place in the coming days, they added.

They said around 22 people, mostly from the PTI and the PML-N, were taken into custody by the FIA for interrogation regarding their posts on social media. However, the figure could not be confirmed by the FIA.

Interior Minister Chaudhry Nisar Ali Khan had ordered the Cyber Crime Wing of the FIA to take action against all those dishonouring Pakistan Army through social media.

While issuing directives in this respect on May 14, the interior minister stated that the Constitution, while guaranteeing freedom of expression, makes it clear that security and defence-related issues and relevant organisations would not be subject to criticism and no citizen would indulge in any such activity that negatively impacts the prestige, repute and respect of the armed forces.

The sources said the FIA had accelerated its efforts against those running an anti-Pak Army campaign on social media, adding dozens of people had been pinpointed who would be called for questioning.

Meanwhile, the PTI’s media cell told The Express Tribune that five of the party’s workers had been pinpointed for interrogation in this regard of which two had already been arrested while three were out of the country.

PTI vice-president Shah Mahmood Qureshi visited FIA Headquarters on Sunday to inquire into the condition of their activists. Later, talking to the media, he said: “We stand by our [detained] activists and their families. They have not been nominated in any FIR specifically.”

He added: “Freedom of expression and democracy go hand-in-hand.” He also denied charges for which the activists had been arrested.

In a statement issued on Sunday, Spokesperson Senator Farhatullah Babar said: “Misuse and overuse of blanket orders issued last week by the interior ministry to take action against social media platforms in the name of national security is not acceptable.”

“Silencing political dissent in the name of security or ideology is not acceptable. It is disturbing that in a short span of time nearly one thousand cases have been registered against social media platforms.”

“In addition, provisions of the cyber crime legislation have been arbitrarily interpreted to impose new restrictions on the right to freedom of expression in the name of national security,” he said.

As the world races towards a digital economy, where does Pakistan stand?