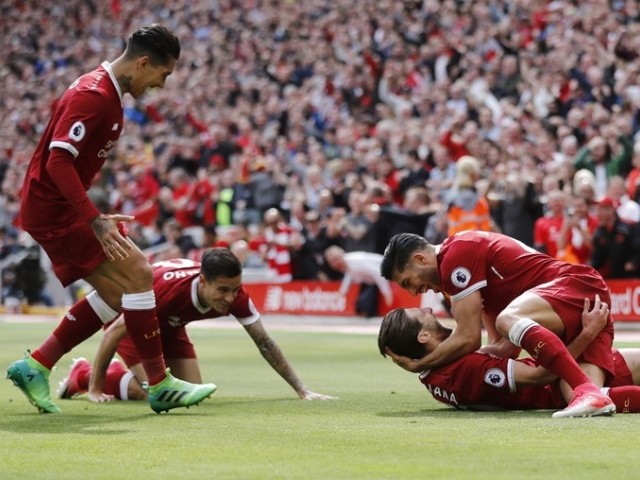 The Reds, who will be back to the Europe’s elite club competition after two seasons, will have to play in a qualifying round after finishing fourth in the Premier League, two points behind third-placed Manchester City.

Needing a win to make sure of a return to Champions League, Liverpool looked edgy early on but the tension was lifted just before halftime when Dutchman Georgino Wijnaldum scored from a clever pass by Roberto Firmino.

In the second half Philippe Coutinho curled in a direct free kick and Adam Lallana added a third goal.

Middlesbrough, who thought they should have had a penalty with the score at 0-0, finished as the lowest Premier League scorers this season with 27 goals.

At Emirates Stadium, ten-man Arsenal beat Everton 3-1 on Sunday to complete their Premier League campaign with a fifth successive win.

However, the victory was not enough for Arsene Wenger’s men, who will not take part in the Champions League for the first time in 20 years after finishing fifth on the league table.

First-half goals by Hector Bellerin and Alexis Sanchez and a stoppage-time effort by Aaron Ramsey sealed the win.

Bellerin put Arsenal ahead after eight minutes and although they lost Laurent Koscielny to a red card shortly afterwards Sanchez doubled their lead before halftime.

Romelu Lukaku halved the deficit but Arsenal hung on and Ramsey struck again with seconds remaining.