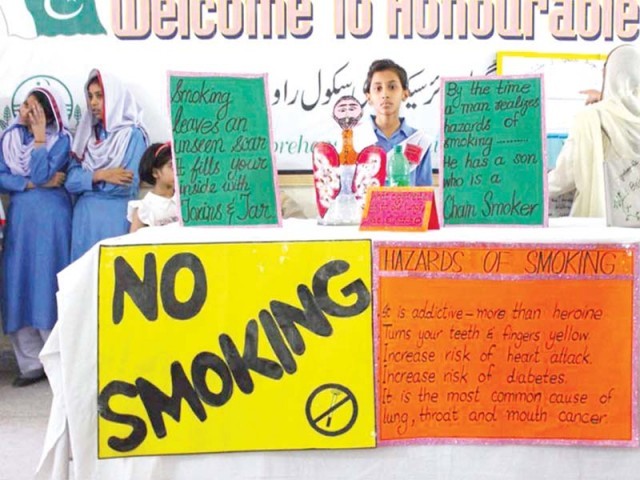 RAWALPINDI: The government schools are producing low levels of learning outcomes in math and science which represents a significant and deep-rooted challenge to Pakistan’s economic growth in the 21st Century.

Naseem stressed on the need of more budget allocation to improve the quality of math and science education, particularly in Rawalpindi which lags behind other districts of Punjab in science and math education.

He further revealed that out of 425 government schools in Rawalpindi district, only 165 have science labs as compared to 374 IT labs. Whereas, Punjab Education Commission [PEC] results show that Class 8 scored an average of 45 per cent in science subject placing Rawalpndi district at number 32 and averaged 42 per cent in math which places it at number 31 out of all the 36 districts of Punjab.

The total number of science teachers in the district is 687 compared to 827 teachers of general arts.

The competition was conducted among seven government schools across Rawalpindi in order to improve the quality of learning in math and science education among students. Four girls and three boys’ schools were initially selected to hold the intra school science and math competition. 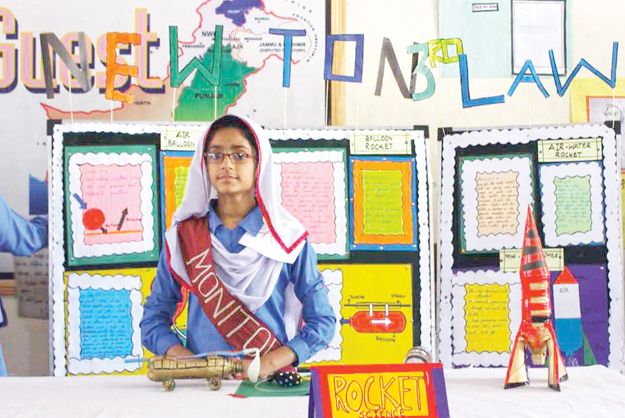 Students and teachers who participated in the series of competitions demanded for continuation of such competitions across the region. District Education Authority is planning to hold science and math competitions on regular basis.

Raja laid emphasis on the importance of math and science education in government schools and appreciated the efforts of District Education Authority CEO Qazi Zahoorul Haq and Alif Ailaan for organising a successful series of competitions.

He congratulated all the participants, specially the winning teams, on demonstrating their talent in the competition and lauded the performance of the government schools.

Senator Najma Hameed while congratulating the participants also said that Pakistan’s future is in the responsible hands. She showed immense interest in the science models prepared by students. She handed over the shields among the position holders and congratulated the organisers of the event.

District Education Officer (Secondary Education) Dr Tariq Qazi while elaborating the efforts of District Education Authority across the Rawalpindi district said that one boys and one girls school for a tehsil will be designated as transformation centre for math and science.

Deputy DEO Masud Ahmad said the science fair will be extended to other districts so as to improve the cognitive abilities of students.

AIOU to hold series of events during Ramazan