In her tweets, Mussar­at Ahmad Zeb, a member of Swat’s royal family, claims she too was approa­ched for the 'drama'
By Umer Farooq
Published: May 20, 2017
Tweet Email 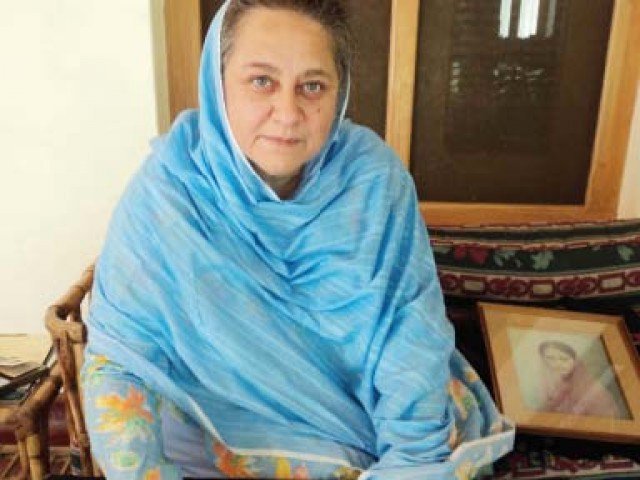 Musarrat Ahmad Zeb claims her inner conscience has compelled her to spill the beans. PHOTO: Express

PESHAWAR: In a claim that could stir up another controversy for the the Pakistan Tehreek-e-Insaf (PTI), MNA Musarrat Ahmad Zeb – a member of Swat’s royal family who belongs to the party – has alleged that the 2012 attack on Nobel laureate Malala Yousafzai was ‘staged’ by different groups, including rights activists.

Yousafzai, then a student at the Khushal Public School in Swat, was returning home after appearing for her midterm examinations when militants had shot her.

She suffered bullet injuries and was admitted to the Military Hospital (CMH) Peshawar and then taken to London for further treatment.

The Tehreek-e-Taliban Pakistan (TTP) claimed responsibility for the attack, saying that Yousafzai was a “Western-minded girl”.

Even the then Taliban spokesperson Ehsanullah Ehsan confirmed that the TTP had attacked Yousafzai, calling her crusade for education rights an “obscenity”. He said if she survived, there would be further attacks on her life.

Zeb, however, is adamant that the entire incident was a pre-planned series of events.

The parliamentarian claimed in her tweets that she too had been approached by those groups for the same “drama” but she had refused to be a part of it.

“I was approached for the same drama but refused as I was not interested in seeking asylum in another country,” she told The Express Tribune.

She alleged that those who had conducted Yousafzai’s medical examination after the attack were all allotted plots by the government.

Zeb said she had broken her silence after years as there were other people who she felt proud of rather than Nobel laureate Yousafzai.

“My inner conscience has compelled me to spill the beans,” she added.

Zeb said that she would have remained silent, however, someone had tweeted that Zarmina Wazir, a girl who topped the CSS examinations in Federally Administered Tribal Areas, was inspired by Yousafzai.

This compelled her to come out with the “truth”.

Princess and the PTI: Mussarat Ahmed Zeb joins the ‘party of hope’

The PTI lawmaker maintained that Yousafzai could neither read or write at the time she “supposedly” wrote the Gul Makai.

“Did the students and teachers of the Army Public School  leave the educational institute?” she asked.

“There were dozens of girls that refused to submit to the pressure and continued their studies and are now graduating,” she added. “Show me a single achievement of Malala.”

Zeb’s series of tweets on the issue started off with this one:

No forensic expert was in #Swat saw all drama https://t.co/W6He2gWTxM

The medics who did CT scan along d doctor who examined all were awarded plots by Gov https://t.co/SsoYRFBFU7

Zarmina Khan #FATA has made all proud
May she have a bright future ameen
Zarmina Khan is not Malala
msg 2 all drawing room warriors pic.twitter.com/HOm6XTl8QE

A resilient beautiful girl n not just me the whole of is proud of her n she is certainly NOT Malala https://t.co/a6FgHFEfRB