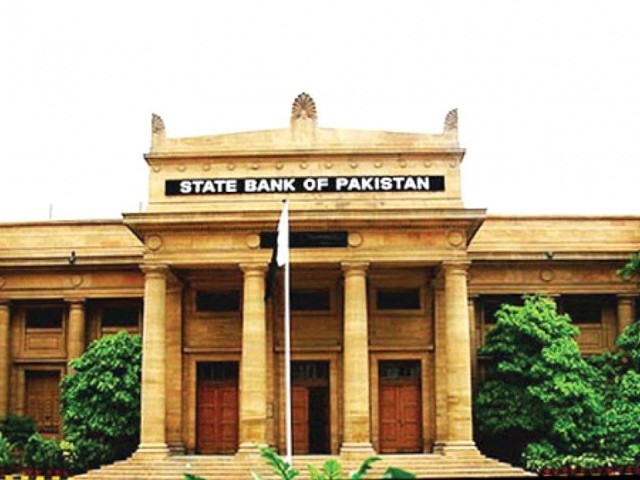 KARACHI: In line with market expectations, the State Bank of Pakistan (SBP) has left the key interest rate unchanged at 5.75% for the next two months.

However, market observers say that there is a likelihood of reversal in the interest rate cycle due to the anticipation of mounting inflationary pressures.

“Increasing vulnerabilities on the external front in the form of soaring current account deficit and falling foreign reserves also strengthen the case for a hawkish monetary policy,” an AKD Research report said.

“With further improvement in economic activity along with pass through of the recovering global oil prices to domestic motor fuel cost, headline Consumer Price Index (CPI) inflation has also edged up in recent months,” according to the SBP release issued on Saturday.

However, the central bank expects uptick in inflation in coming months.

Going forward in fiscal year 2017-18, current trends of rising income, surge in imports, and accelerating credit to private sector are expected to increase the CPI inflation; however, it is likely to remain within the target, it added.

The SBP announces a target rate every two months, which serves as the benchmark interest rate for overnight funds in the interbank market. It is one of the tools the central bank uses to ensure price stability in the economy.

Decreasing the target rate poses the risk of high inflation, but also stimulates economic growth by making credit cheaper. In contrast, raising the target rate restricts the level of liquidity, which subdues consumer prices in the economy. The central bank tries to strike a balance by targeting the overnight cost of funds at a level that promotes maximum economic growth without causing high inflation.

The central bank mentioned the expected improvement in real GDP growth of 5.3% – highest in last 10 years – in fiscal year 2016-17.

It said that the major backing came from the ongoing public and private investment particularly in infrastructure and power sector. Moreover, consumer spending has also expanded with a stable inflationary environment and banks’ renewed interest in consumer financing.

The private sector continues to take loans and undertake capacity expansions during the first 10 months (Jul-Apr) of the ongoing fiscal year.

“The credit flow to private businesses remained broad-based with major impetus from textile and garments, chemicals, sugar, construction, and power sectors. In tandem with the expansion in the economic activity, private sector credit uptake is expected to continue in fiscal year 2017-18,” it predicted.

The central bank also pointed out the extraordinary widening of the current account deficit due to upsurge in imports and decline in exports.

“A sustained increase in other private inflows – foreign direct investments and export earnings in particular – is required to fully finance the surge in imports,” it stressed.