Youth Festival held at the National Museum of Pakistan

Youth Festival held at the National Museum of Pakistan 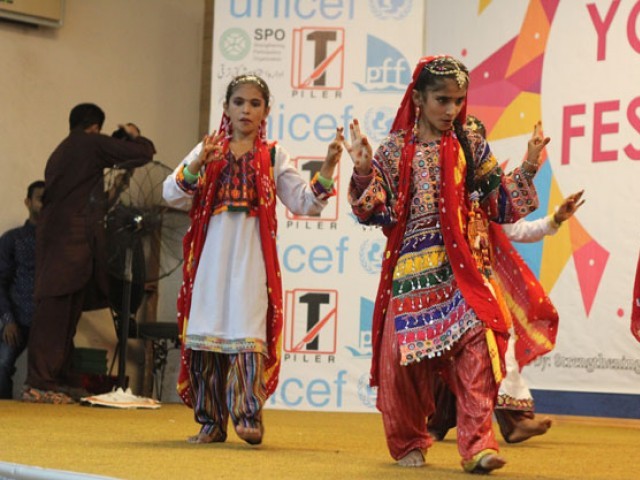 KARACHI: Sindh government will set up youth centres in each district of the province to provide career and education counselling, technical education, adult education and other facilities to the youth.

This was announced by Sindh Youth Minister Abid Bhayo while speaking at the Youth Festival held at the National Museum of Pakistan on Monday. The festival was orgainsed by the Pakistan Institute of Labour Education and Research (Piler), Pakistan Fisherfolk Forum (PFF) and Strengthening Participatory Organisation (SPO), in collaboration with United Nations Children’s Fund (Unicef).

Children and teenagers from various districts of Sindh took part in the festival and presented tableaus, songs and theatre. The participants highlighted the social problems prevailing in our society through their performances. Shields were also distributed among the youth leaders at the event. 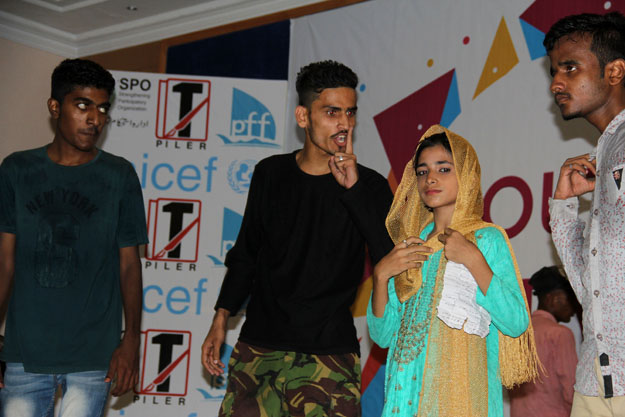 Speaking on the occasion, Piler Executive Director Karamat Ali said youth should be provided opportunities to advance in life. He stressed on the need of non-formal education projects such as projects that have borne good results for the youth of unprivileged areas.

In 2010, the parliament added Article 25-A in the Constitution, which ensures compulsory education for children between the age of five years to 16 years. Today, Ali said, more children are out of schools than in 2010, adding that it is the responsibility of the state to provide education to all children.

Speaking about the failing health standards in the province, Ali said malnutrition in Sindh is acute as compared to other provinces, which has resulted in birth of a large number of stunted children here. 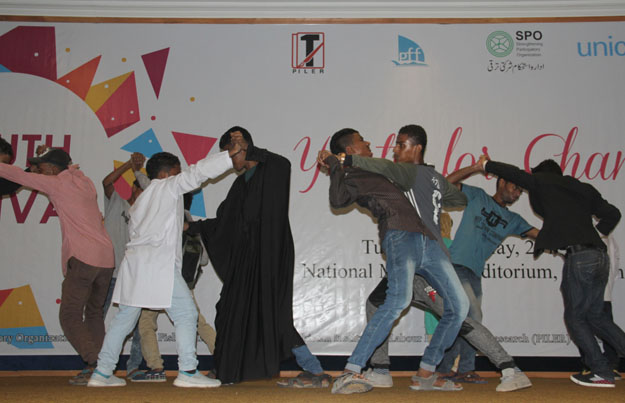 The participants highlighted the social problems in our society. PHOTO: AYESHA MIR

Addressing the audience, education department officer Faisal Uqeli said there are 45,000 government schools in the province, of which many are in a poor condition. He highlighted the efforts made by the government in opening the schools that had been closed. He admitted that in the past, public schools provided quality education but the standard of government schools is falling. “We need to look into the reasons for decline of education [system],” he said.

Muhammad Akram from Unicef spoke about the three-year long non-formal education programme, titled ‘The Social Cohesion and Resilience Programme,’ planned by Unicef. It is being implemented in three suburb towns of Karachi – Gadap, Bin Qasim and Keamari- and in Badin and Jacobabad. The programme intends to provide informal education to youth and engage them in promoting peace. More than 63% of this country is youth and there is a need to take measures for implementation of the youth policy, Akram said. Ilahi Bux Baloch from SPO said teachers should impart the kind of knowledge to students that will enable them to make a decision between right and wrong.