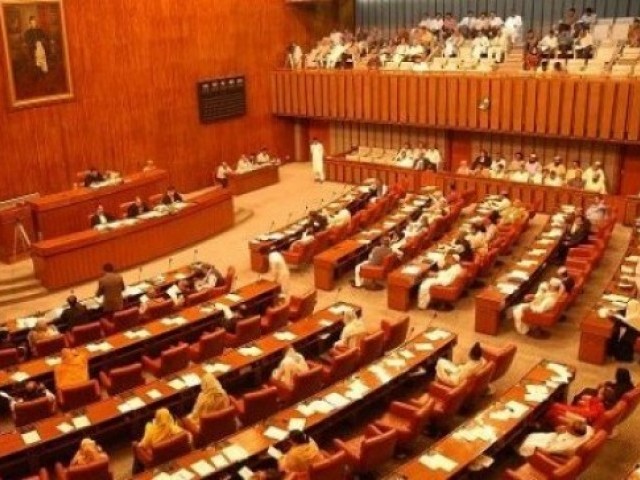 Alternative Dispute Resolution [ADR] is a process where parties prefer resolving disputes out of the courts through arbitration, mediation, conciliation and neutral evaluation.

The National Assembly had passed the bill in February this year while the Senate’s Standing Committee on Law and Justice approved it on May 2.

Minister for Law and Justice Zahid Hamid submitted the bill for approval in the Senate.

The minister had been expounding on the need for the bill “to (reduce the) huge backlog of cases in both subordinate and superior courts and … offer simpler and faster alternates which can supplement the traditional legal system.”

Hamid had earlier told the National Assembly and Senate that the bill would initially be enforced in the Islamabad Capital Territory.

According to the Law and Justice Commission of Pakistan, there are 31,018 cases still pending with the district judiciary in Islamabad.

The bill will be introduced for both civil and criminal cases and the system will be applicable to 21 types of cases, including issues relating to insurance; companies and banking matters; land and property disputes; disputes between landlords and tenants; negotiable instruments; personal injuries; compensation and damages suits and dispute for redemption of mortgaged property.

The ADR is a process in which a mediator will facilitate dispute resolution by encouraging communication and negotiation between parties concerned before arriving at a mutually satisfactory agreement.

The court may, on the request of either party in dispute, refer any civil matter mentioned in the schedule to ADR at any stage of proceedings.
According to the bill, the government, after consultation with the Islamabad High Court [IHC], will notify a panel of neutral individuals in each district including lawyers, retired judges and technocrats. Women with appropriate qualifications and experience will also be given due representation on the panel.

If a neutral effort fails to bring about a settlement, the neutral will submit a report to the court which will proceed with the case from the stage it was referred for the ADR.

If the offence is compounded, the neutral will submit a report in this respect in the court duly witnessed and signed by him and by persons authorised to compound the offence under any law for time being in force and the court will pass order and the accused will be discharged.

The cost and fee of ADR process will be borne by the parties involved and the court or neutral or ADR may utilise the services of an evaluator to determine any matter of financial or any other nature.

Anti-corruption in development encouraging for governance