China to invest $50b to develop Indus River Cascade

China to invest $50b to develop Indus River Cascade 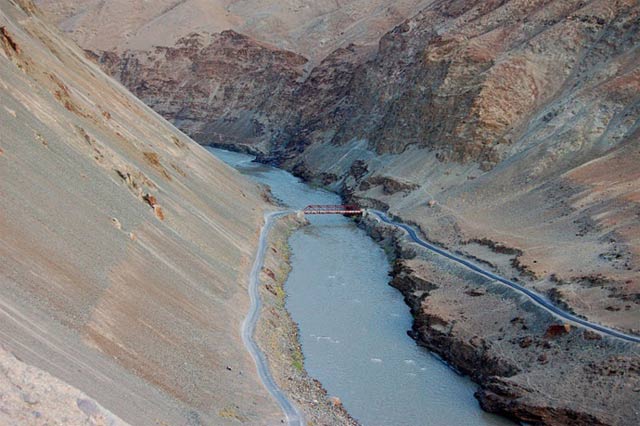 ISLAMABAD: In a major development that may attract $50 billion Chinese investment to Pakistan, Islamabad is expected to sign an MoU with Beijing on Saturday (today) for financing and developing the North Indus River Cascade which has the potential to generate 40,000MW hydro electricity.

The $50 billion investment comes on top of the $46 billion investment being provided by the Chinese government and Chinese banks for financing power and road infrastructure projects in Pakistan under the China-Pakistan Economic Corridor (CPEC).

With the signing of the MoU – which will be witnessed by Prime Minister Nawaz Sharif who is on an official visit to China – Beijing will emerge as the biggest financier of infrastructure projects in Pakistan.

World Bank, AIIB to give $720m for power and governance projects

According to the studies conducted by the Water and Power Development Authority (Wapda), Pakistan has an identified potential of producing up to 60,000MW of hydroelectric power.

Some 40,000MW of this potential power is located in the region called the Indus River Cascade, which begins from Skardu in Gilgit-Baltistan and runs through Khyber-Pakhtunkhwa as far as Tarbela, the site of Pakistan’s biggest dam in.

The Indus River Cascade includes Diamer-Bhasha Dam project for which Pakistan needs $15 billion financing. Other multilateral donors were not willing to invest on this project but now China has come up to finance this mega project.

Sources said the Chinese side conducted survey and studies on the North Indus Cascade including the sites of Pattan, Thacoat, Bunji, Dasau and Diamer in February 2017.

Pakistan’s repayments on CPEC to peak at $5b in 2022: chief economist

The Chinese side in their last high-level meeting agreed to convert the survey and initial study to an MoU whereby the Chinese will conduct a detailed study spanning over a period of three months on a developing roadmap for financing that will lead to initiation and completion of these mega projects.

Sources said this will be Pakistan’s first-ever private sector investment in mega projects in hydel resources as until now only Wapda led such projects. The most important development could be the Chinese undertaking of these projects as it has a vast experience for building such huge dams.

According to the sources, the CPEC and the North Indus River Cascade can be the biggest-ever Chinese investment in Pakistan.

In 2015, the owner of the world’s largest hydroelectric dam, China Three Gorges (CTG) Corporation, had expressed willingness to participate in a financing consortium to fund up to $50 billion of hydroelectric power projects in Pakistan.

The Chinese government-owned CTG expressed an interest in financing projects in Pakistan in conjunction with the International Finance Corporation, a World Bank subsidiary.

The CTG owns and operates the Three Gorges Dam, the world’s largest hydroelectric power plant with a capacity of 22,500MW, nearly matching in one power plant the entire installed capacity of the Pakistani grid of 23,500MW.

CDA to auction 80 residential, commercial plots next week in Islamabad