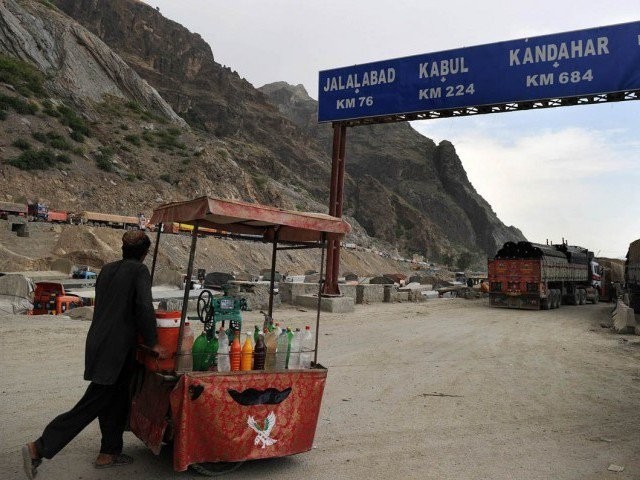 The Pak-Afghan border had remained closed for around a month in March. PHOTO: AFP

LANDI KOTAL: Customs and border management authorities on both sides of the Pak-Afghan border have agreed to increase their daily working hours to facilitate trucks and vehicles which get stranded on both sides because of customs offices’ current reduced work hours.

This move will help enhance trade and bilateral relations between the two neighbours, stated a press release issued on Friday by the office of customs division deputy collector at Torkham, Khyber Agency.

“By virtue of close coordination of the customs administration with FC authorities at Torkham and Afghan customs authority across the border, FC authorities have extended the closure timing of the main gate by two hours daily,” the press release said.

It added that the Afghan authorities have also assured Pakistani officials of their full support and have extended their cooperation to regulate the flow of both empty and loaded vehicles.

This will also facilitate bilateral trade which suffered due to the closure of Pak-Afghan border for almost a month in March.

Traders and transport associations have expressed their satisfaction over the step taken by the FC saying it will help boost trade and improve relations.